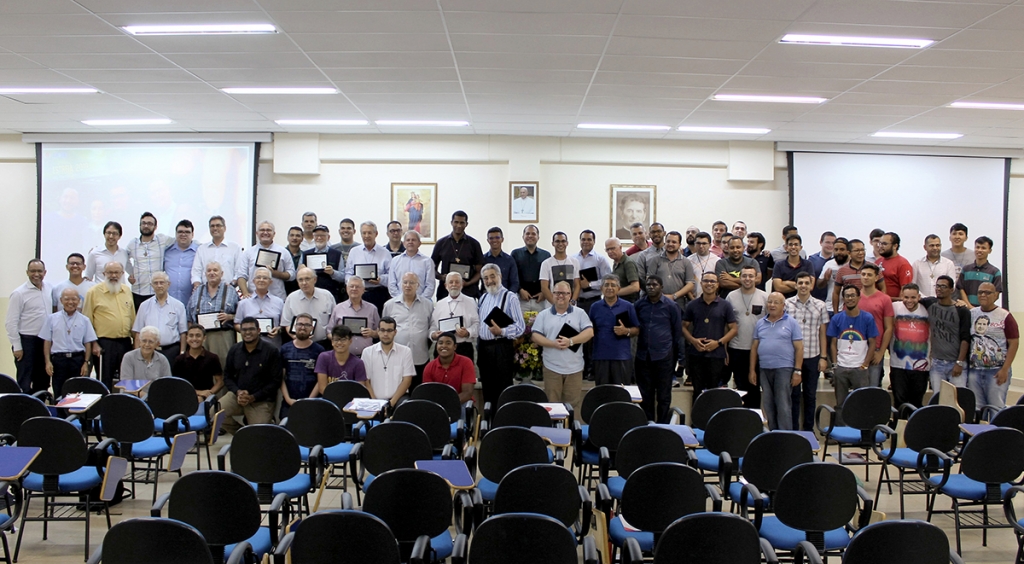 Araçatuba, Brazil - November 2018 - On November 14, Fr Gildásio Mendes, Superior of the Salesian Province of Campo Grande (BCG), opened the assembly and provincial feast in the presence of Salesians, Salesian Family members, lay people and collaborators. During the meeting the Salesians planned the activities of the educational-pastoral sector for 2019, the year in which the Province will celebrate its 125th anniversary, and discussed the main projects of the various sectors of animation. In the afternoon, various Salesians celebrating significant anniversaries of first profession, priestly ordination and arrival as missionaries in Brazil were feted, and the day ended with various musical performances.