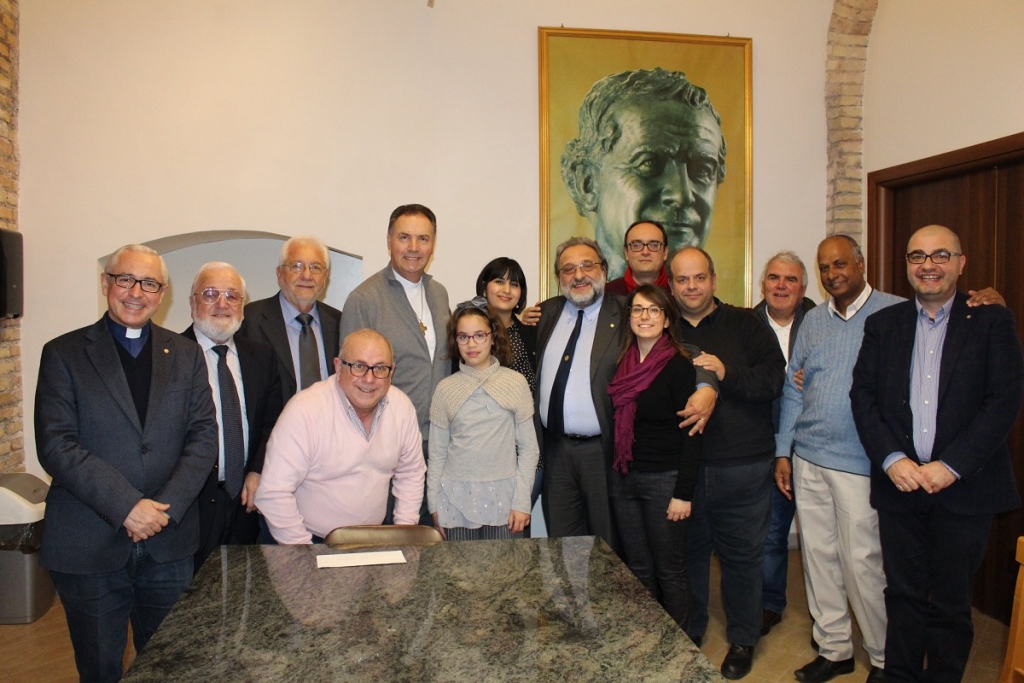 Rome, Italy - December 2018 – On Sunday, 9 December, 2018, the Rector Major of the Salesians, Fr Ángel Fernández Artime, received the Presidency of the Italian Federation of Past Pupils – male and female sectors – for the traditional exchange of Christmas greetings. At the Salesian HQ of the "Sacred Heart", the Rector Major invited the Past Pupils of Italy to take advantage of the education received, to bear witness in the places where daily work is carried out. "Dreaming and thinking," first of all, he added. Present at the meeting, in addition to the National Delegate, Fr Gianni Russo, was the Confederal Delegate, Fr Raphael Jayapalan. The Past Pupils were led by the National President, Giovanni Costanza.