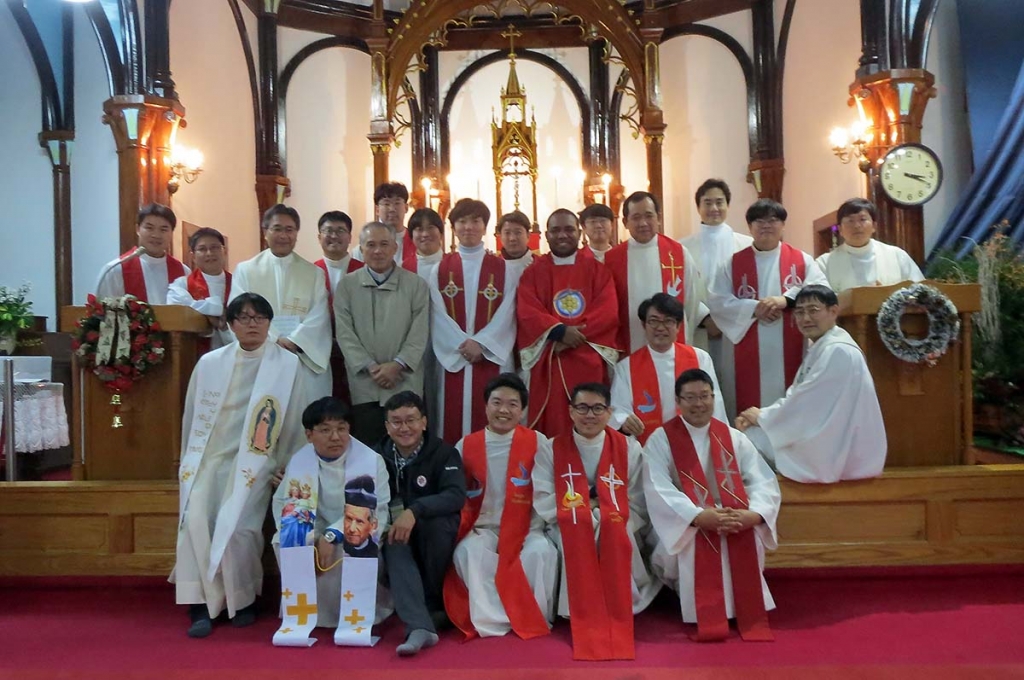 Nagasaki, Japan - 27 December 2018 – Every two years since 2002, the Salesian Provinces of Japan (GIA) and South Korea (KOR) have organized a joint meeting of young Salesians, alternating between the two countries, during the quinquennium. The four-day initiative aims to establish mutual understanding and understanding of their respective realities. On December 27th, 15 Salesians from South Korea, accompanied by Fr Marco Choi, KOR Provincial Economer, were welcomed by 15 Salesians of Japan and Fr Jacob Jacobaguchi, GIA Provincial. At this time, they visited sites important for Christian faithfuls persecuted during the banning of Christianity, the places of mission and the literary museum "Endo Shusaku". There were also moments of reflection and sharing which centered on identity, the happiness and difficulties of daily life as Salesians.