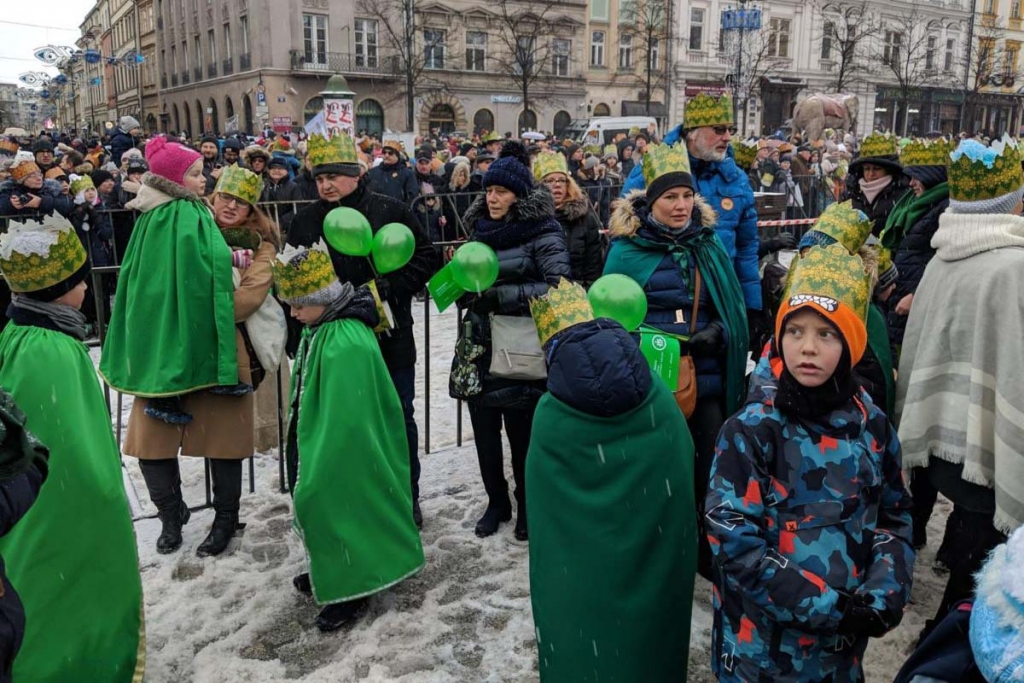 Krakow, Poland – January 2019 – Following a growing tradition, on the Feast of the Epiphany, 6 January, "Three Kings Processions" were held in 752 Polish cities and towns. More than 1.2 million people took part all up. Pope Francis made mention of it too after the Angelus: “I would also like to recall the procession of the Magi which is taking place in many cities in Poland involving many families and groups”. This procession has been especially solemn in Krakow, involving the Apostolic Nuncio in Poland, Archbishop Salvatore Pennacchio, and Archbishop Marek Jędraszewski, metropolitan Archbishop of Krakow, with his auxiliary bishops. Salesian involvement in Krakow was significant, involving especially the Salesian Missionary Volunteer Movement “Młodzi Światu”. The procession was accompanied by Christmas carols and an atmosphere of true joy and peace. The initiative also has a charitable purpose.