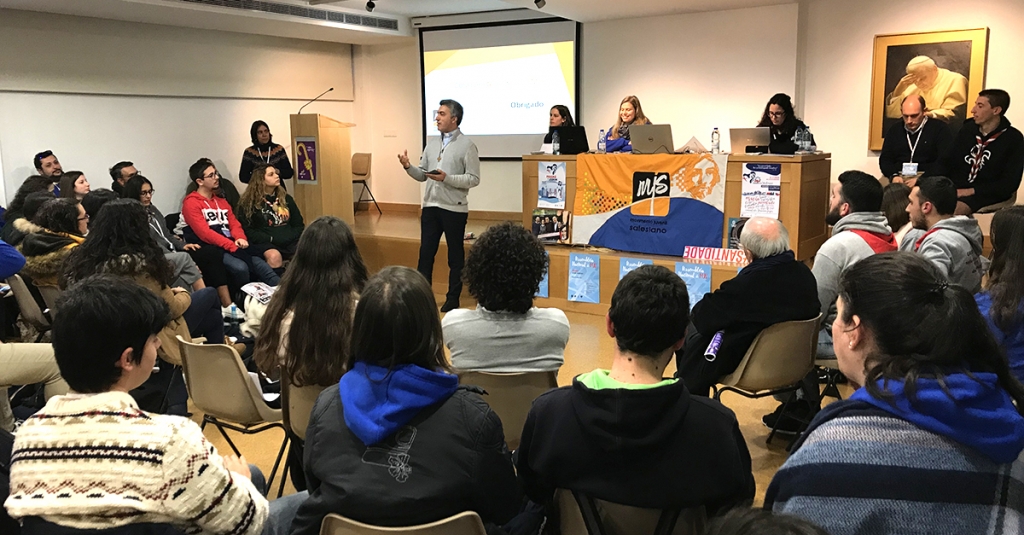 Fatima, Portugal – January 2019 – The 10th National Assembly of the Salesian Youth Movement (SYM) was held on 12 January and saw some 50 young people from various Salesian Houses take part. The meeting began with a presentation of the challenges to which the SYM Council has responded over the past three years, development of local structures and the SYM National Council; analysis of the current situation of young people and its implications for the SDBs and FMAs. Voting and approval of the new Statutes for the SYM Council and assembly then followed, along with the sharing of some problems and needs. Then came the election of the new Council made up as follows: Mafalda Batalheiro (Lisbon) as Coordinator, Inês Catarino (Évora), Tiago Cunha (Arcozelo), Laura Gralheira (Vendas Novas), Mariana Santana (Setúbal) and André Oliveira (79th Scout Group from Prazeres). The assembly concluded with an address from Fr José Aníbal Mendonça, Salesian Provincial in Portugal.