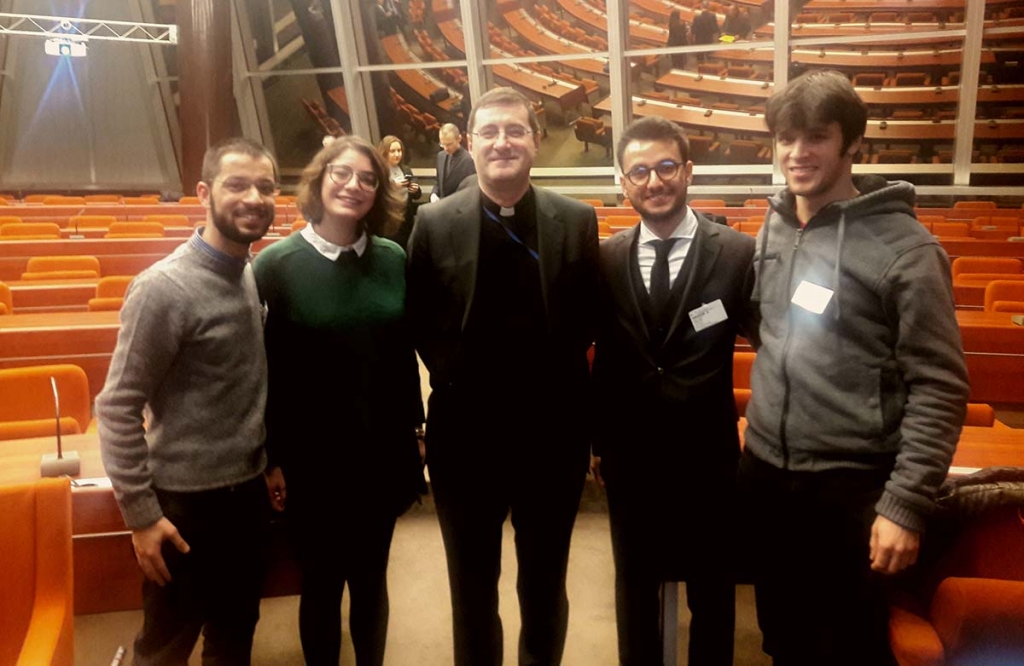 Strasbourg, France - January 2019 - On January 17, Jérémie Forget, coordinator of the activities of the Salesian house of Farnières, and Giulio Veggi, of Don Bosco International (DBI), took part in the conference organized at the Council of Europe entitled "Intercultural dialogue, learning of citizenship and democracy - Practices of Catholic schools." The event, organized under the patronage of the Secretary General of the Council of Europe, saw the participation of numerous representatives of the Catholic and inter-religious world. Opening the work session on the topic of active citizenship of young people and schools was the Permanent Observer of the Holy See to the Council of Europe, mgr. Paolo Rudelli, (middle of photo). Jérémie Forget (right) had the opportunity to enrich the debate by illustrating the activities that the Farnières house regularly offers to young people and groups of students on active participation and democratic citizenship. At the center of the photo, Derin and Yagiz, past pupils of the Catholic school circuit in Turkey. On the same day Giulio Veggi (left) met Guido Raimondi, President of the European Court of Human Rights, presenting the Salesian reality in Europe and the work of the DBI to him.