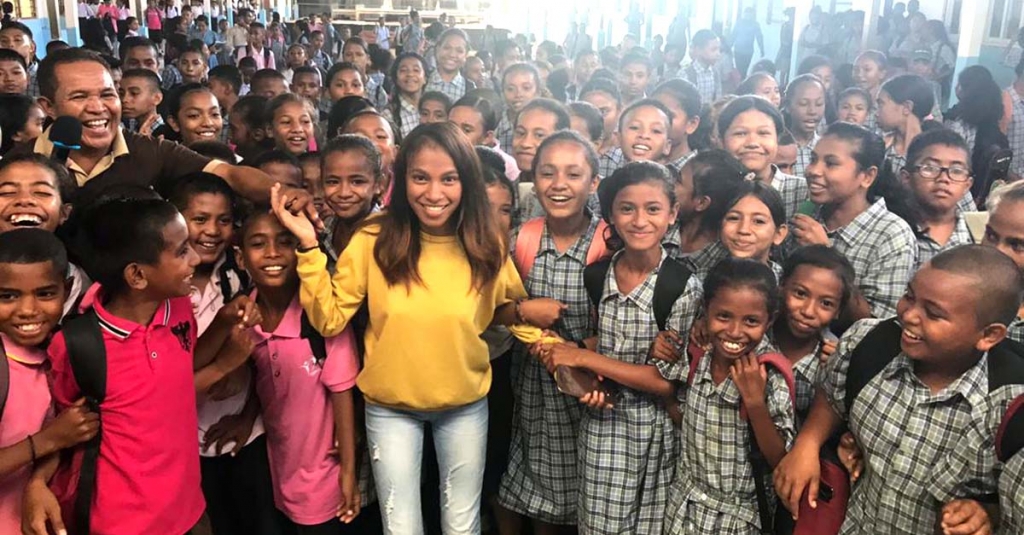 Lisbon, Portugal - January 2019 - Maria Vitória Borges, pupil of the Parish School "S. Pedro ", Comoro, Dili, in East Timor, won the final of the 6th edition of the program "The Voice Portugal ", a competition for amateur singers and professionals of Portuguese public television. Marvi, as she is nicknamed, is part of the Academy of Music Orchestra conducted by Maestro Fr Adérito Costa, a Salesian from Timor, who for several years studied in Portugal and collaborated with the Portuguese Salesian Province. On his return to East Timor, Marvi was welcomed by her family and the first president of the Democratic Republic of East Timor, Xanana Gusmão.