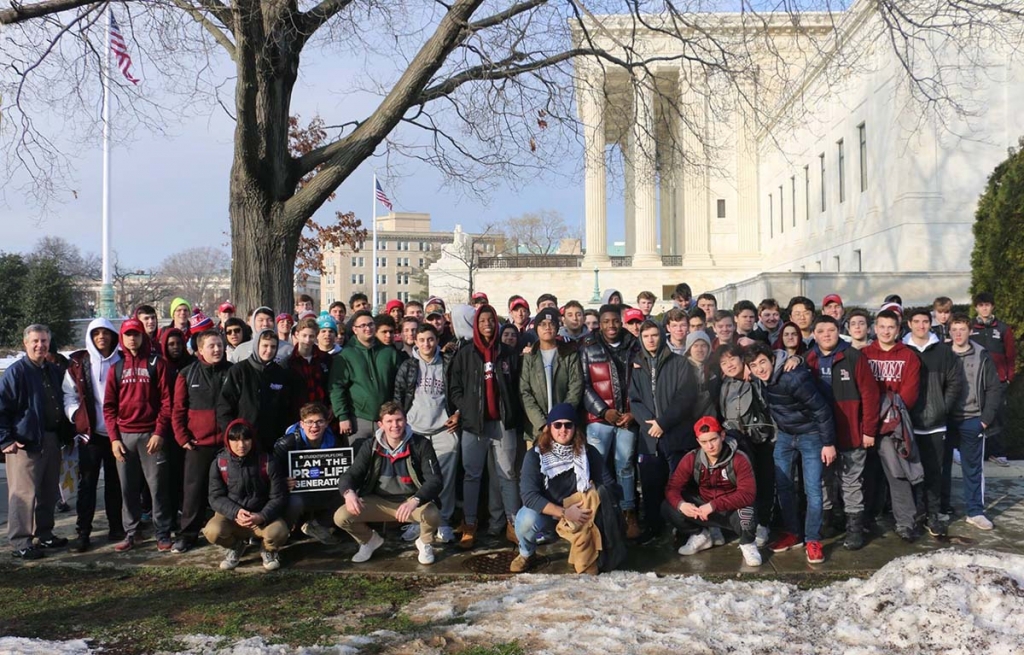 Washington, United States - January 18, 2019 - 84 students of the Salesian school "Don Bosco Prep", together with 9 supervisors, went to Washington to participate in the March for Life, which they animated with songs in favor of life. The young people met the students of the Salesian High School in New York and the "Don Bosco Cristo Rey" in Washington. At the end of the march the group participated in moments of pro-life prayer and listened to testimonies of women who'd had an abortion. In addition, the Salesians guided a reflection on the meaning of the march and on their personal reasons for participating.