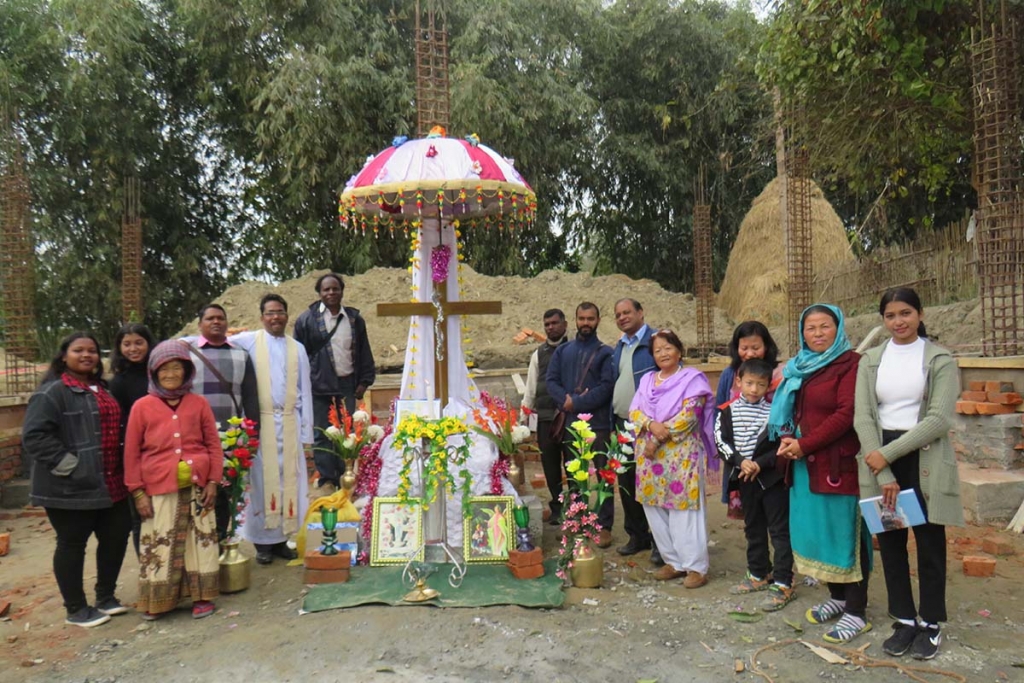 Dharan, Nepal - January 2019 - On January 25, in the presence of various religious, collaborators and faithful, Fr Florence Demta, SDB, presided over the ceremony of laying the first stone of a multifunctional hall called "Fatima", which will rise near the village of Dharan, in Belbari-3, Morang, at the first Salesian center opened in Nepal. The structure will serve both as a village chapel, for the administration of the sacraments, and for the meetings of the parish community and of the citizens, offering a suitable space for the gatherings of the catechumens and the ethnic groups of the Rai community.