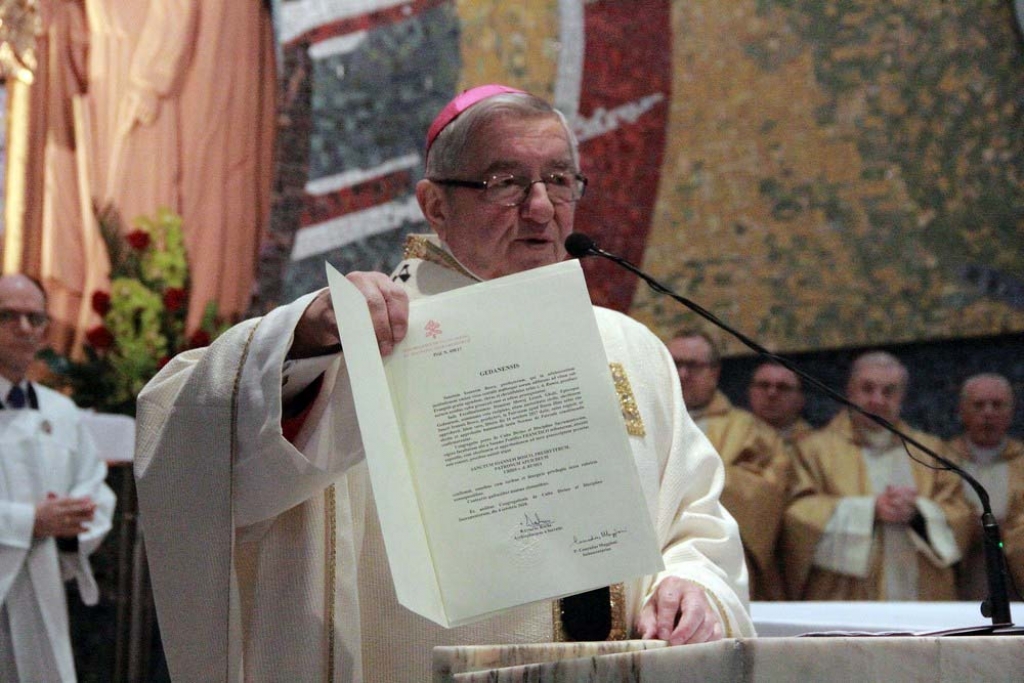 Rumia, Poland - January 2019 - On January 27, during a solemn Eucharist celebrated in the shrine of Mary Help of Christians, the archbishop of Gdańsk, Msgr. Sławoj Leszek Głódź, read the decree with which Pope Francis proclaimed St. John Bosco as patron saint of the city of Rumia. Present at the celebration were the Provincial of Piła, Fr Roman Jachimowicz, the Salesians of the two centers in the city, the Daughters of Mary Help of Christians, the Salesian Cooperators, local authorities and numerous faithful.