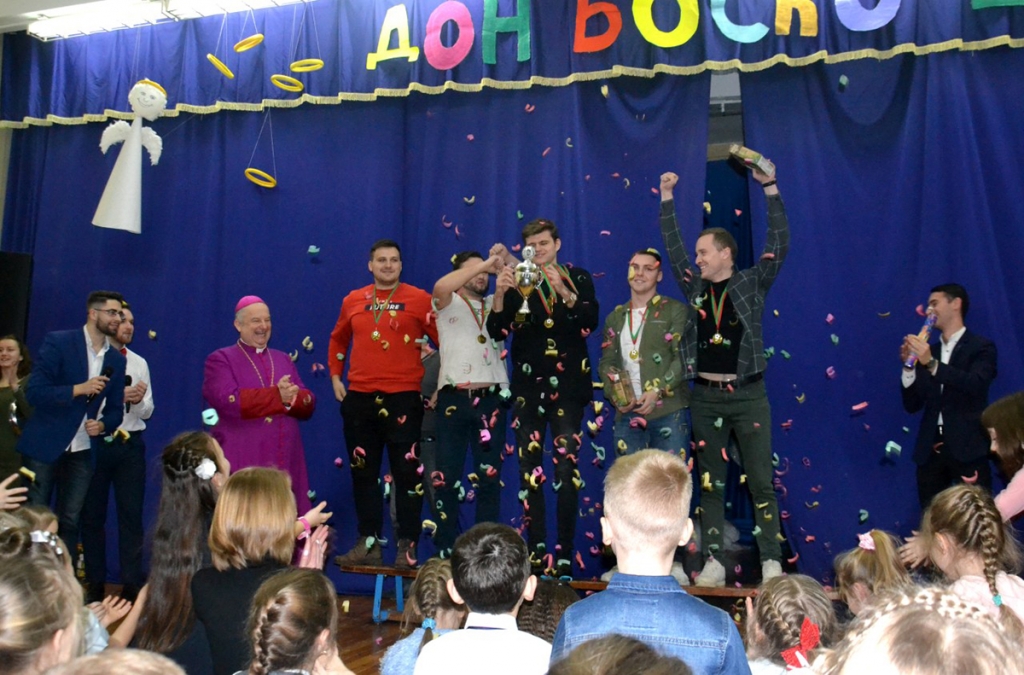 Minsk, Belarus - January 2019 - At the Salesian oratory "Don Bosco" in Minsk the eighth edition of the "Don Bosco Cup" took place, a mini-soccer tournament attended by 6 teams made up of young Catholics, Orthodox and of other faiths, together with Salesians and Salesian Cooperators. The motto of the tournament "Real kids, real sainthood" was inspired by the Strenna 2019 of the Rector Major. On January 27, after the Mass, the Apostolic Nuncio in the country, mgr. Gabar Pinter, handed the cup to the winners of the tournament: the "Zemliaki" team.