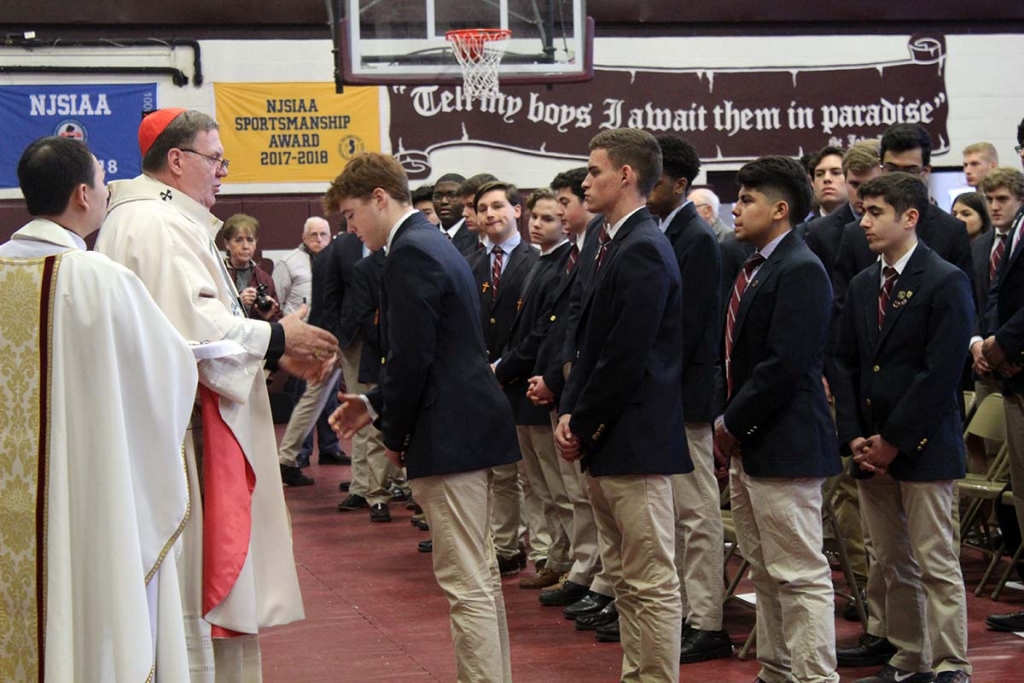 Story and photos by Jennifer Passerino

(Ramsey, N.J. – February 6) – On Thursday, January 31, the Don Bosco Prep community in Ramsey celebrated the feast of our patron saint, St. John Bosco, in a Mass celebrated by Cardinal Joseph Tobin, C.Ss.R., archbishop of Newark, the diocese in which the school is located.

In Cardinal Tobin’s homily, he reflected on Don Bosco’s life and his oratory. “He befriended the boys who needed help,” he said. “and won them over with his patience and gentleness.”

After the intercessions, the students and faculty who are going on the Haiti and Puerto Rico mission trips during the February break were commissioned by the cardinal and given missionary crosses.

After the Communion prayer, Cardinal Tobin, along with the Joseph Kelly family, bestowed a blessing on the newly completed Kelly Family Wellness Center. The Kelly Family Wellness Center is located in the former Immaculata Hall cafeteria. The 4,500-square foot space has been converted into a state-of-the-art wellness center that will ensure the well-being of the Don Bosco Prep community, strengthening our Ironmen and empowering them for life!