Italy - Corruption explained to the young of "Don Bosco Ranchibile" 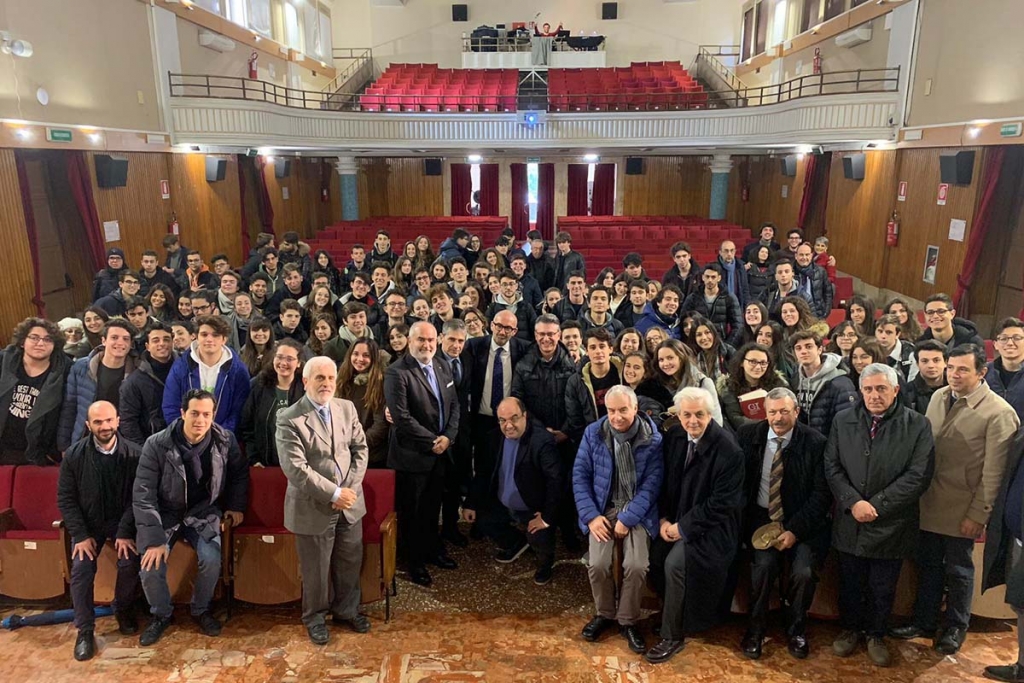 Palermo, Italy - January 2019 - On 29 January at the Salesian Institute "Don Bosco Ranchibile" there was a conference / debate, moderated by the journalist dr. Roberto Puglisi, on the theme of the fight against corruption, which was attended by the students of the fifth year and the past pupils of the Institute. The event was attended by Francesco Caringella, President of the V jurisdictional section of the Council of State, former magistrate of the "Mani Pulite – Clean Hands" investigation, which held a "lectio magistralis" inspired by his book, written with Raffaele Cantone, entitled "Corruption explained to the children who care about the future of their country". The participation of young people was numerous, and through their targeted interventions they were able to learn that they are the ones to pay the most serious consequences of corruption. The event was also attended by the Dean of the Institute, Prof. Nicola Filippone, Fr Angelo Astuti, Professor of Mathematics of several generations of students of Don Bosco Ranchibile, and the past pupil Leonardo D'Acquisto, Professor of the Faculty of Engineering at the University of Palermo.