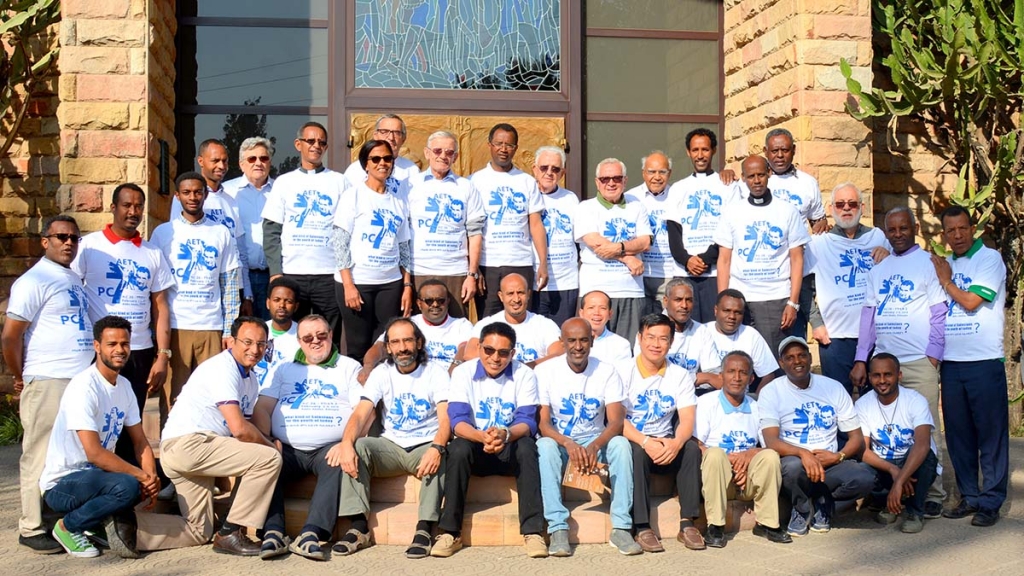 Addis Abeba, Ethiopia – febbraio 2019 - The 7th Provincial Chapter of AET Vice-province was officially concluded on 9th February 2019 at Salesianum Addis Abeba.  The one week long Provincial Chapter was begun on 3rd February Sunday afternoon with a moment of retreat preached by Fr. Chrys Saldhana SDB.  The Chapter which had its theme as “What kind of Salesians for the youth of today” was already being prepared for the past 6 months.  At the conclusion of the Chapter, the moderator Fr. Ignacio Laventure appeared to be happy and satisfied about the work that was done by all the 14 communities of the vice-province.  There were altogether 29 members officially elected for the chapter and along with these participants other 6 persons were invited to the chapter as observers.  Among these 6 participants there were two practical trainees, one Salesian cooperator, and three lay collaborators. Needless to say, the Chapter was a moment of great renewal for the entire province as it reflected on such an important theme as the type of ‘Salesians for the Youth of Today’s World. The Salesian Province of Mariam Kidane Mehret (AET) came into existence in September 1998 even though the Salesians were already present in Ethiopia since 1975. From the humble beginnings that it had 44 years ago, this Province has grown to be an inspiring reality in the East African Region. At the moment, the Ethiopian province has more than 90 members residing in over 14 houses spread all over the country, trying to reach out to the poorest of the poor. They become messengers of hope and courage to the thousands and thousands of poor young people realized through their Mission Centers (3), Parishes (5), Technical Schools (6), Youth Centers (13), Primary and Secondary Schools (13) and Street children centers (2).  Besides at the level of the province there is a well-established mission procure and PDO (Planning Development Office) at the service of the Province of AET.