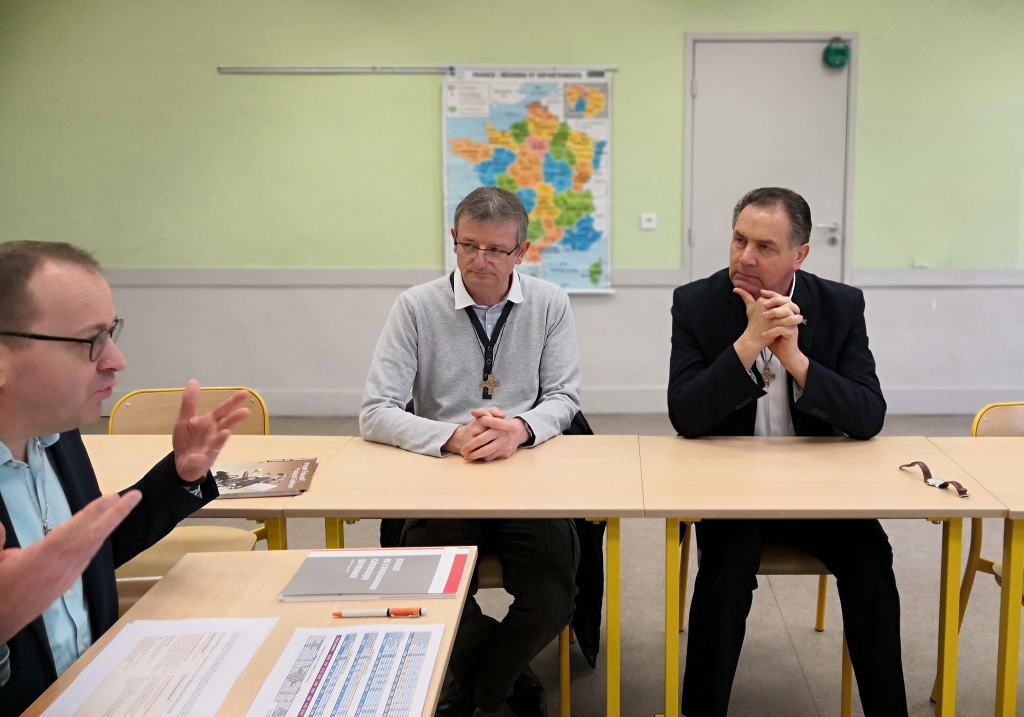 Lyon, France – February 2019 - Beginning 21 February was Rector Major Fr Á.F. Artime's visit to the France-South Belgium Province (FRB). He is accompanied by Fr Tadeusz Rozmus, Councilor for the Central and Northern Europe Region, and Fr Horacio López, Secretary of the Rector Major. His first meeting was with the group of delegates of the educational project "Tutelle" of Salesian schools, followed by the meeting with the directors and board members of the Salesian schools network in France and South Belgium (FMA and SDB).