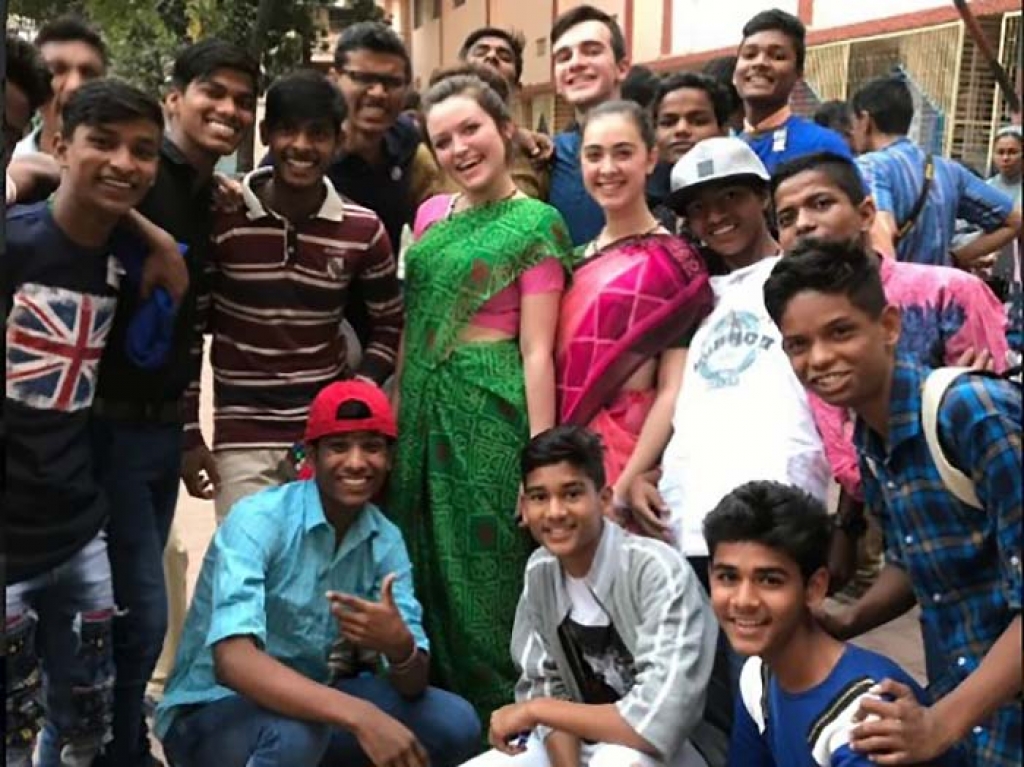 Kolkata, India - March 2019 - A group of students from the "St. John Bosco" school of Battersea, London, went to India for a week. They were accompanied by Director Paul Dunne and his staff. The students are part of the sixth module of the "Don Bosco Ashalayam" group, which supports the Salesian project in Kolkata. During their stay, the British students met the children and youth of "Don Bosco Ashalayam" and gave them presents; they visited the "Green Wave" visual arts center, met the young artists and admired their work. They also visited the "Don Bosco" school and the Mother House of the Missionaries of Charity, where Saint Mother Teresa of Calcutta is buried. The week ended with a stop in Sonada, Darjeeling, where they visited the Salesian Institute and the radio of the institute (Radio Salesian 90.8), which the Salesians started in 2016 as part of the project “The Voice of the Hills.”