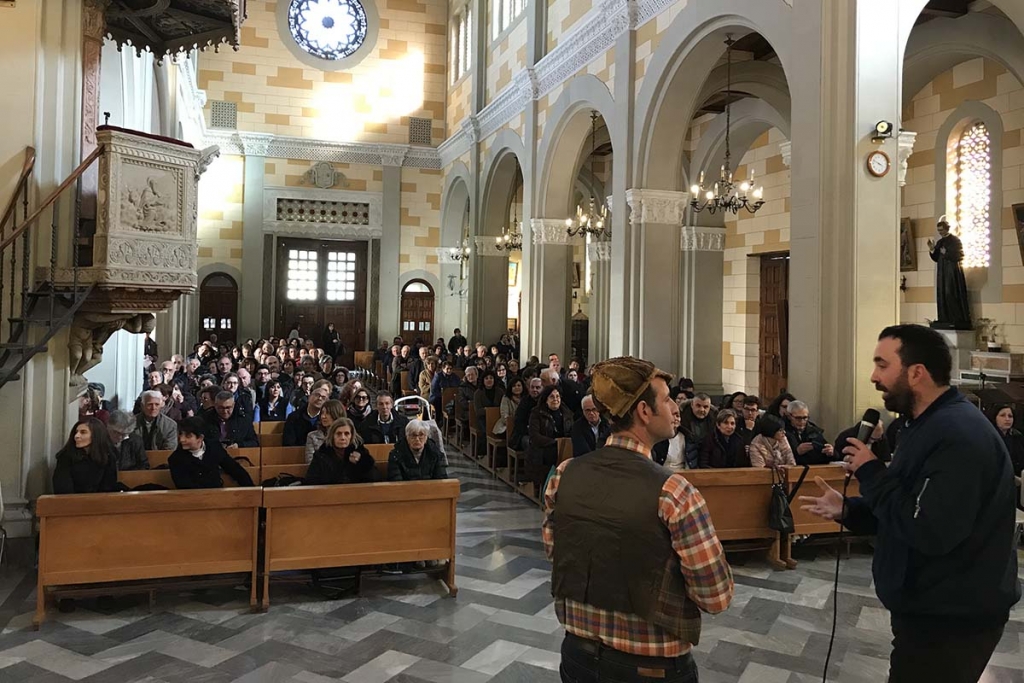 Messina, Italy - March 2019 - On March 17, the annual Provincial Assembly of the Association of Salesian Cooperators (ASC) of Sicily was held in the Salesian house "San Matteo", in the Giostra district of Messina. About 300 members gathered to discuss and form themselves on the theme "Courage in the beauty of the #lostuporediunsorriso, or the stupor or marvel of a smile" mission. After the initial prayer, led by Sr. Valeria Marotta, FMA, Fr Paolo Caltabiano, SDB, spoke, summoning the ASC members to know how to read the times having Intelligence, Fantasy or Imagination and a sense of Risk-taking. Then, in a packed theater, the performance of Marco Rodari, aka "Clown the Pimpa", a clown with a special mission, was held as his audience are the children of the territories battered by war such as in Syria, Iraq and the Strip of Gaza. Then the assembly was divided into 4 thematic groups to discuss the key words of the day: Courage, Beauty, Mission, Amazement.