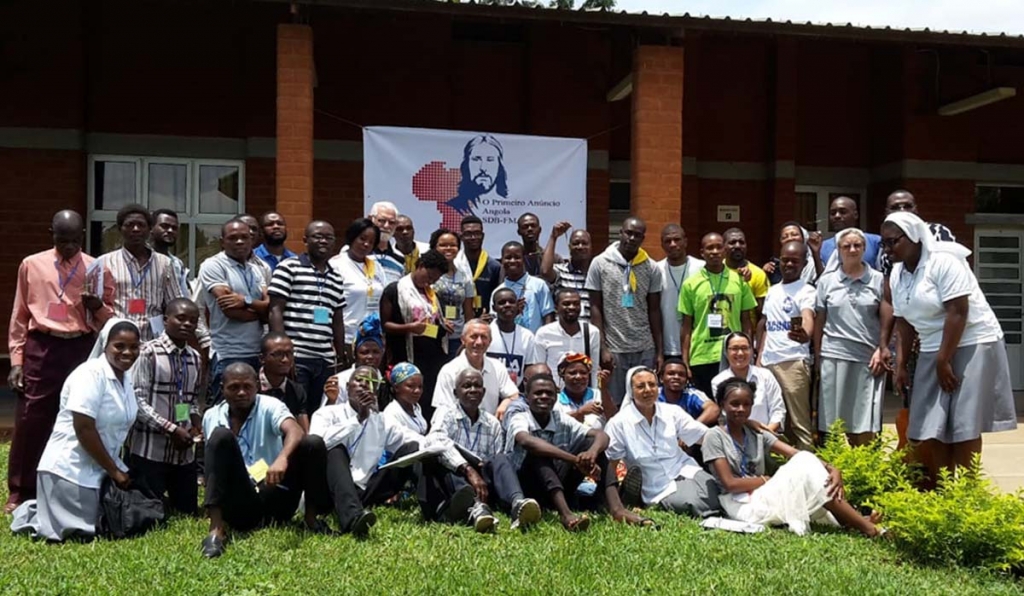 Luanda, Angola - March 2019 – In March, Missionary groups of the Salesian Family in Angola, animated by the FMA and the SDB, held a seminar on the First Proclamation of Jesus Christ. This seminar transmitted the conclusions of the previous one which took place in Johannesburg in 2018. The heart of the event consisted in seeking new paths and methods, new impetus and enthusiasm to bring the Lord to the thousands of people who attend parishes, small Christian communities, the schools, universities, social works, oratories and youth centers, and those that meet through the field of Social Communication. The event was attended by SDB, FMA,
missionary animators, and pastoral ministers from all over the country, to reflect on the "First Proclamation and the Salesian mission".