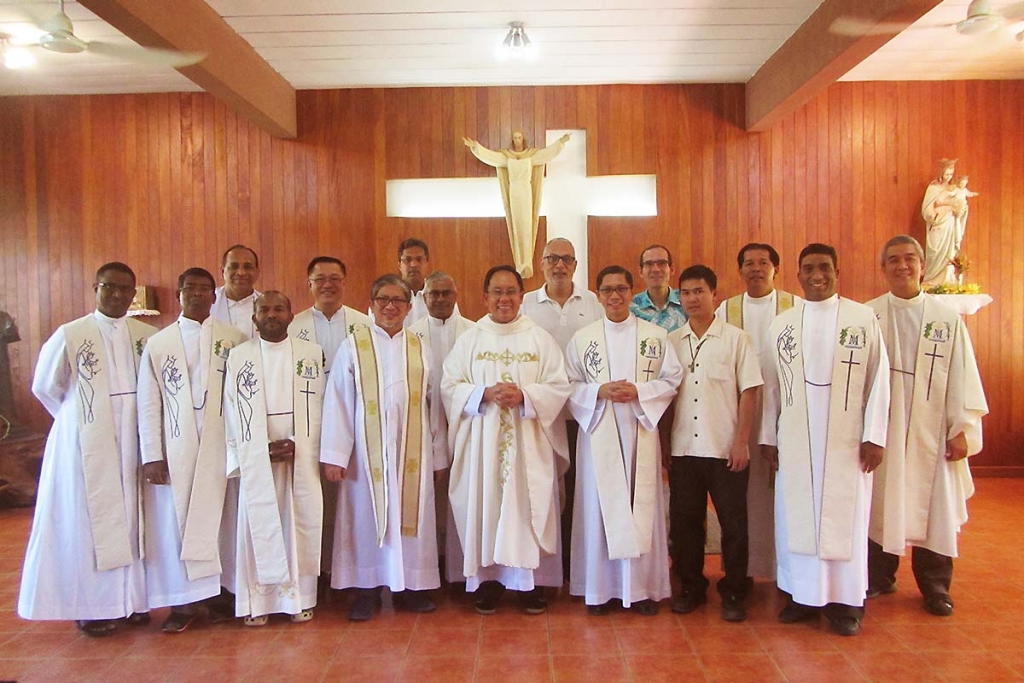 Port Moresby, Papua New Guinea - April 2019 - On 13 April the first Provincial Chapter of the Vice Province of Papua New Guinea and Solomon Islands (PGS) was concluded. 16 chapter members - 3 Salesian brothers and 13 priests, with 7 nationalities represented - discussed not only the topics for General Chapter 28 (GC28), but also the priorities of the new Vice-Province. The capitulars reflect the multicultural reality of the PGS Vice Province, composed of 45 Salesians from 16 countries.