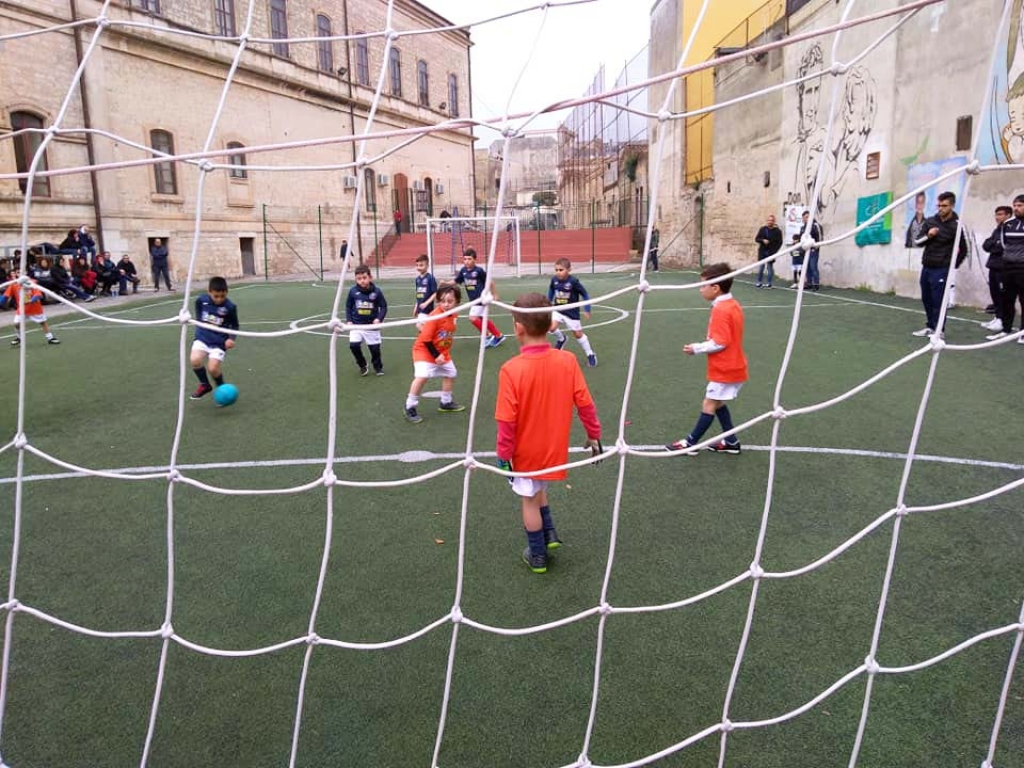 Modica, Italy - April 2019 - The "Nino Baglieri" World Mini Championship, now in its 13th edition, is a soccer tournament aimed at all children aged 6 to 12 years. It is organized by the Salesian Youth Sports Club "ORSA Modica", in collaboration with the APS "Orasales" and the "Amici di Nino Baglieri" association. The World Mini Championship is part of the project designed by PGS Italia called "Simple Soccer". The tournament takes place at the "CAMPETTO Giò", at the Salesian oratory "San Domenico Savio" of Modica, from March 30 to May 25. The goal of the initiative is not only to educate children about a healthy sport, in which friendship and fun are the basis, but also to make known the figure of the servant of God "Nino Baglieri" as a witness of joy despite the suffering.