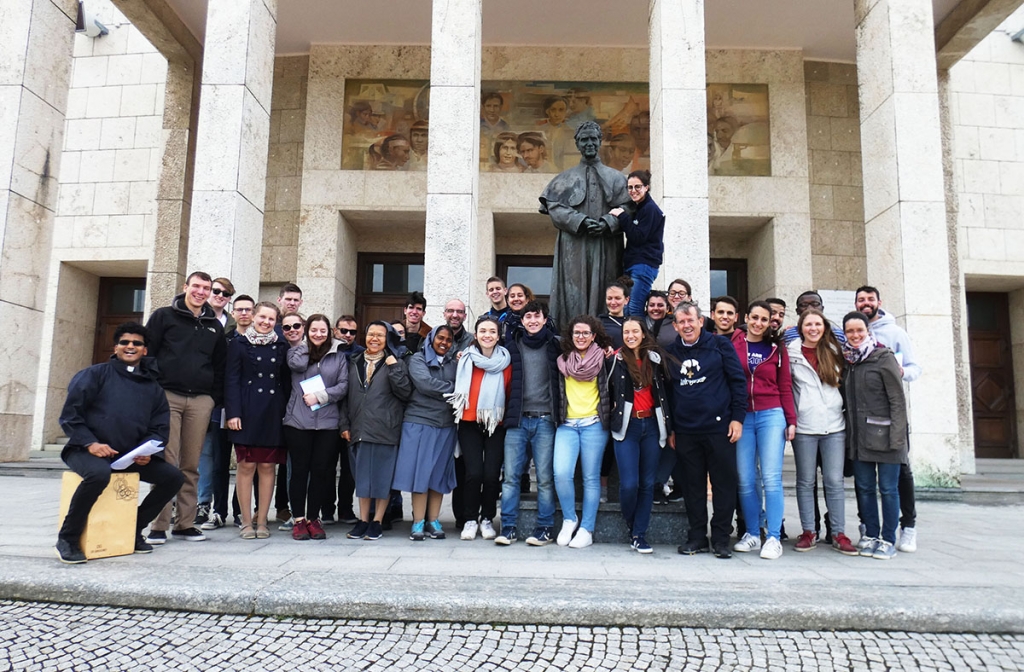 Castelnuovo Don Bosco, Italy - April 2019 – Taking place at Colle Don Bosco from 23 to 28 April, during the week of the eighth of Easter, were the spiritual exercises for young people of the Salesian Youth Movement (SYM) Europe, preached by Fr Fabio Attard, General Councilor for Youth Ministry, and animated by Fr Lytton Quadros (UNG) and the Salesians of Colle Don Bosco. The activity, a first experience of this kind, is part of the proposals that the commission of the communities of Salesian places is animating in this pastoral year. Sent by their youth ministry delegates, 30 young people from 8 countries took part: Spain, Malta, Ireland, Italy, Hungary, Lithuania, Slovakia, Austria. Preached in English, but especially in the universal language of the heart, the exercises were lived with great depth by the participants, and were articulated through 4 lectio divine in the mornings, accompanied by 4 "Salesian lectios" in the afternoon, walking on the paths of Don Bosco, Mamma Margherita and Domenico Savio. The moments of prayer, silence, sharing and fraternity with the Salesian community during the meals were the ingredients that made the week intense.