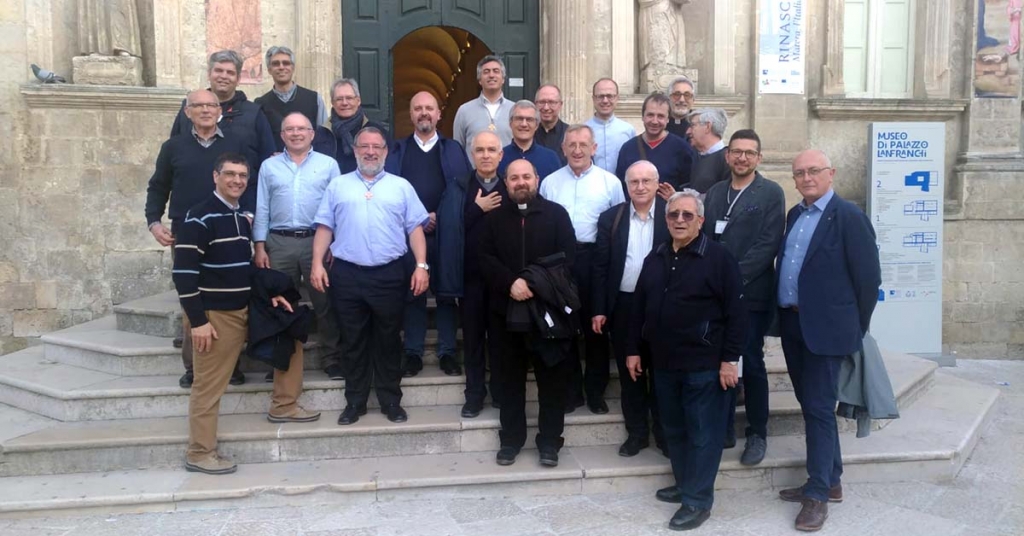 Santeramo in Colle, Italy - April 2019 - From 23 to 28 April, the gathering of Provincials of the Mediterranean Region, led by Fr Stefano Martoglio, Councilor for the Mediterranean Region, took place in the Salesian house of Santeramo in Colle (BA). In three distinct moments the following topics on the agenda were discussed: the problems concerning Spain and Portugal, by the Provincials of the Iberian Peninsula; the focus on several economic issues concerning the Mediterranean Region, led by the Economer General, Br Jean Paul Muller, Salesian Coadjutor, before a number of provincial economers; and various specific problems for the Provincials of Italy
(CISI), reported by Fr Roberto dal Molin and addressed in the light of someindications offered by Fr Francesco Cereda, Vicar of the Rector Major. During moments of leisure the Provincials were able to visit Matera, elected European Capital of Culture for 2019.