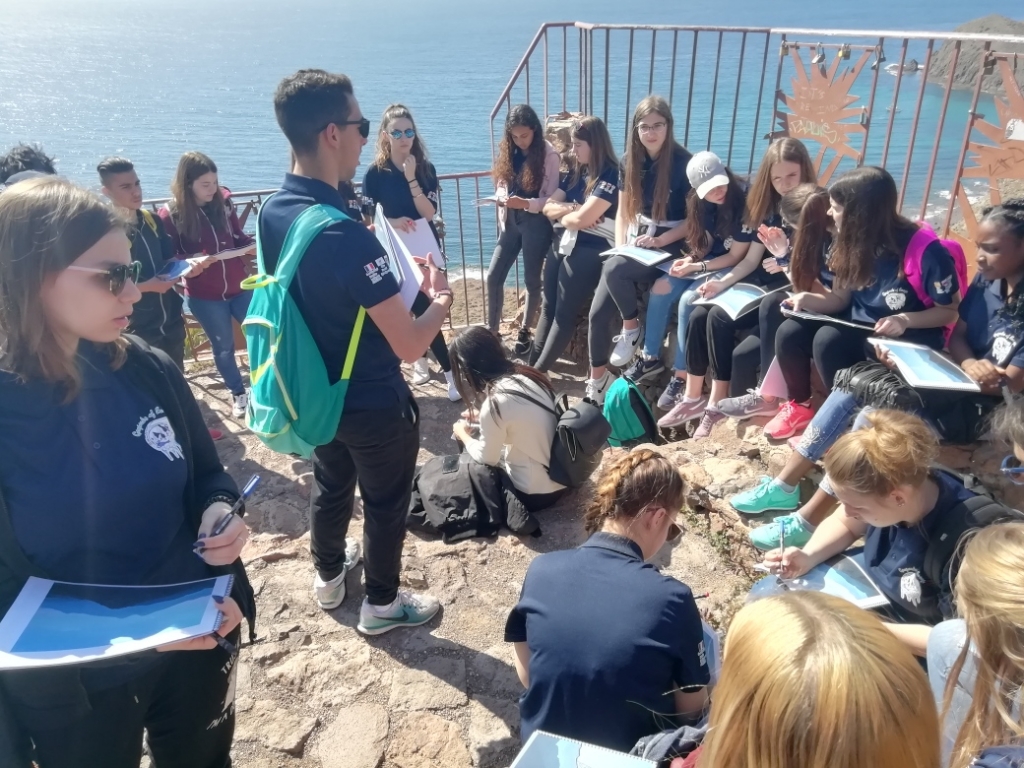 Spain - May 2019 - Within the context of the European "Erasmus+" program, students and professors of the Salesian Secondary School of Wroclaw, Poland, participate in a project entitled "Geoparks - natural and cultural heritage that unites European students and professors". For this reason, along with other professors and high school students from other European countries, they recently visited the Cabo de Gata Geopark in Andalusia, which houses some of the most unique geological formations in Europe, a UNESCO site since 1997. Each student received a notebook prepared previously by the Spanish host students, to help understand the geological formation of the Geopark and students completed it via photographs. The group visited the archaeological city of Castellón Alto de Galera and carried out various cultural activities, including a visit to a cave with Neolithic cave paintings also a UNESCO World Heritage Site.