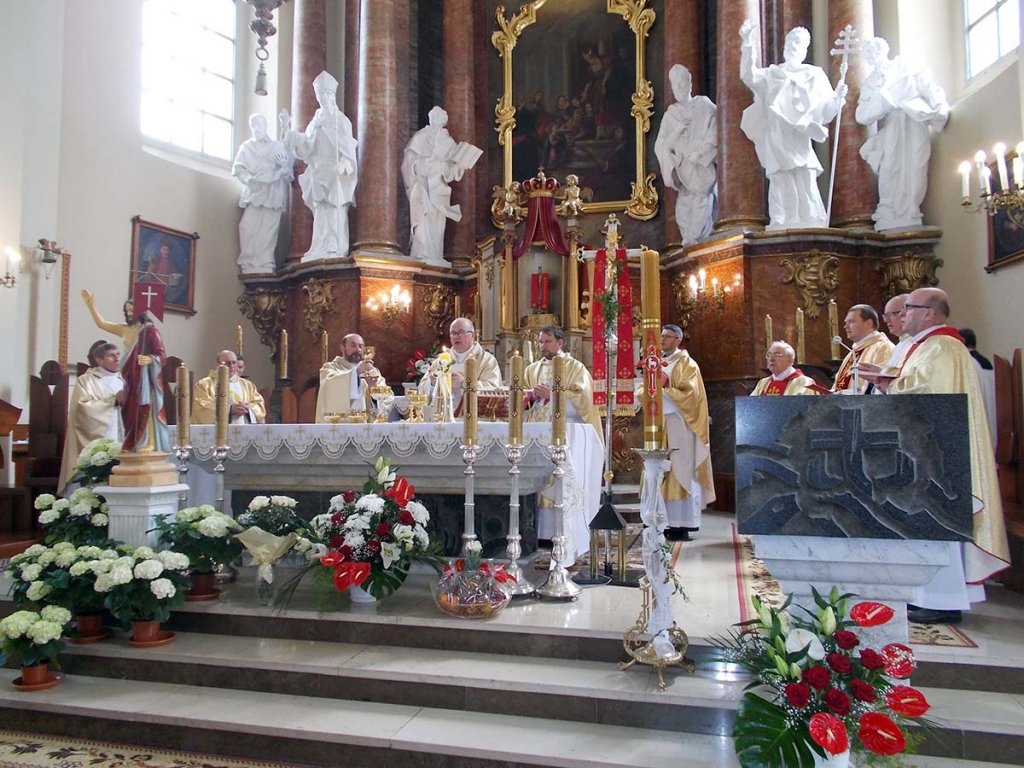 Różanystok, Poland - May 2019 - On 11 May, at the Shrine of Our Lady of Różanystok, a National Marian Congress was held which brought together a group of faithful of Mary Help of Christians belonging to the Salesian Family, coming from different parts of Poland. After the welcome of Fr Adam Wtulich, the parish priest of the sanctuary, a film was shown on the history of the Sanctuary and on the cult of the Madonna of Różanystok. After the film, Sr. Małgorzata Łukawska, FMA, presented the theme: "The Church in the hands of a woman". This film was followed by the Eucharist presided by the Provincial of Warsaw (PLE), Fr Andrzej Wujek, concelebrated by the Provincial of Wrocław Fr Jarosław Pizoń. A Golden Rose was donated at the end of the Mass as an oath to the Madonna of Różanystok on the occasion of the 100th anniversary of the PLE Province. In the second part of the congress, Fr Pizoń described the history of these meetings, after which there was the conference: "The truths of faith in Marian iconography" by professor Karol Klauza of the Catholic University of Lublin.