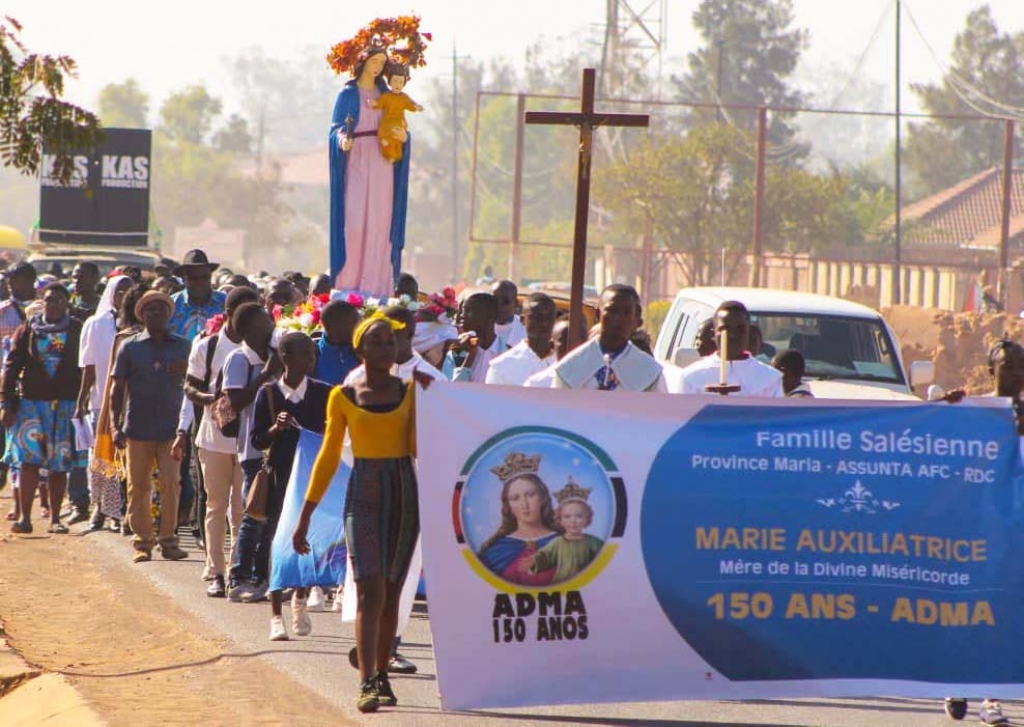 Lubumbashi, D.R. Congo - June 2019 - At the Salesian Province of Central Africa (AFC), the Salesian Family met for the traditional Marian pilgrimage on June 2. Before leaving, the young people of the Salesian Youth Movement (SYM) prayed the Rosary at the Mwapusukeni College together with many pilgrims. Once the procession began, the faithful arrived in the "Marian City of Don Bosco", the place where the Salesians have planned to build a university and a church dedicated to Mary Help of Christians. The event culminated with the Eucharist presided by Fr Albert Kabuge, AFC Provincial, and concelebrated by 15 Salesians, during which a special mention was made for the 150th anniversary of the Association of Mary Help of Christians (ADMA). On this occasion, for the first time in the AFC Province, ADMA members, young and adult, made their promise.