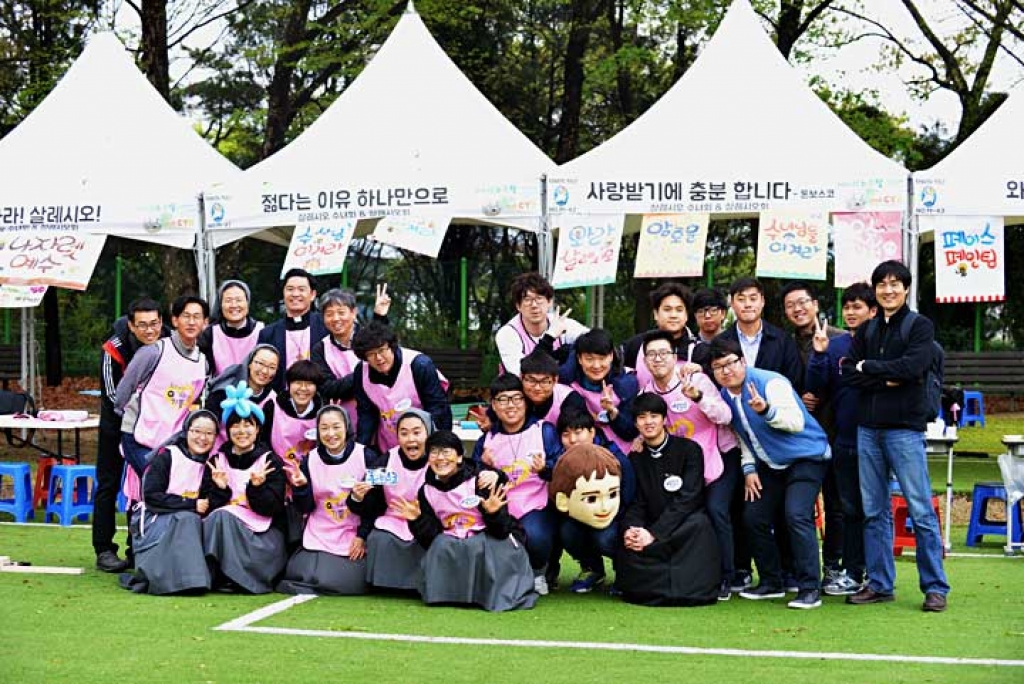 Seoul, South Korea - April 2016 - The fifth annual Catholic Youth Day of the Archdiocese of Seoul was held on 17 April to coincide with Vocations Sunday. The event was attended by 13 religious orders and various Catholic groups who set up 43 booths, with over 8,000 young participants. Salesians, Daughters of Mary Help of Christians and ten young volunteers coordinated various activities in the four stands they had prepared. On the same day the members of the Salesian Family in Kwangju took part in a similar event in their archdiocese and attended by 2,000 young people.