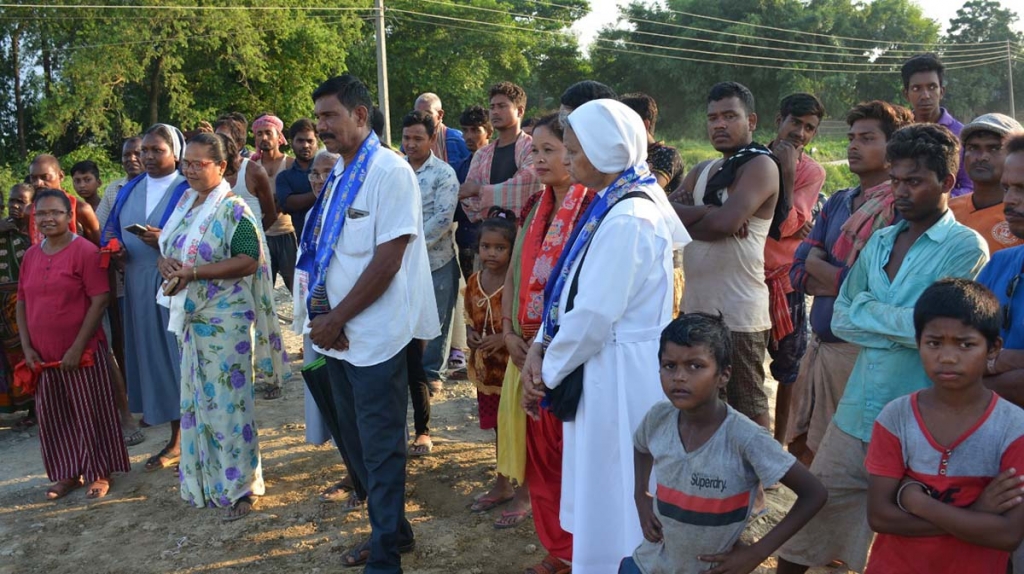 Jhorahat, Nepal - July 2019 - The first street named after Don Bosco in Nepal was inaugurated on 4 July in Jhorahat, Biratnagar, in the district of Morang, by Srimathi Phulkumari Chowdhury, Vice-president of “Gramthan Panchayat Thetheria”, in the presence of Sister Annie Thevarkunnel, Economer of the FMA Province of Kolkata, FMA of the presences of Jhorahat, various Salesians and local authorities. The road was built thanks to the intervention of the FMA, who offered their logistical support.