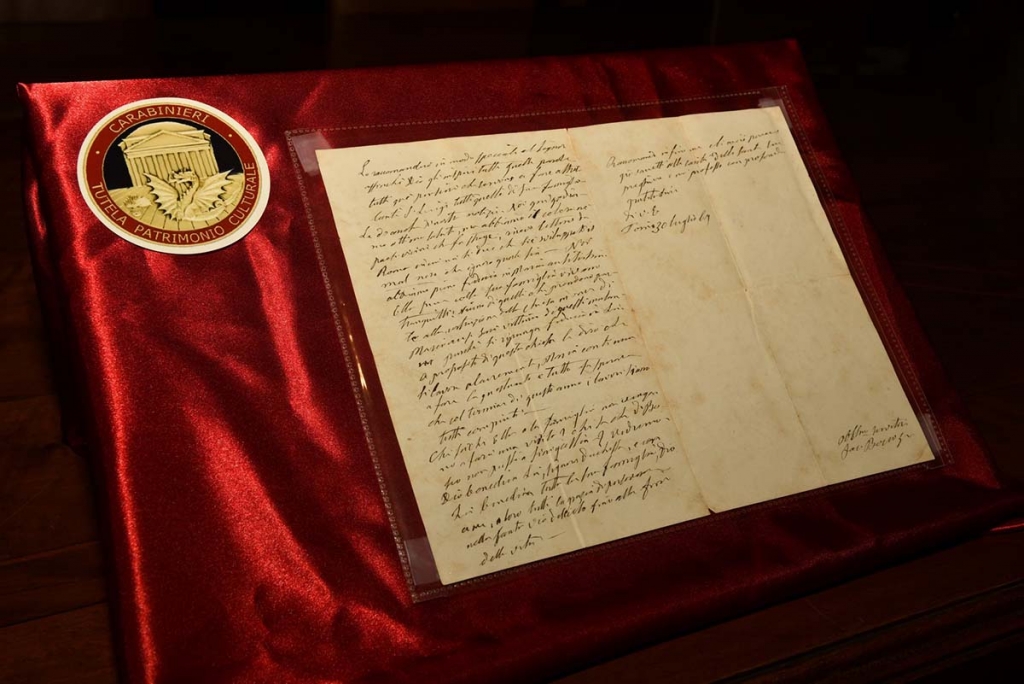 Rome, Italy - On 11 July at the American Embassy in Rome, a ceremony was held to return two very valuable cultural assets to Italy from the United States, the result of a joint operation between the FBI and Carabinieri. In the presence of Division General Claudio Vincelli, Commander of the Carabinieri Specialized Unit Division, and Brigadier General Fabrizio Parrulli, Commander of the Carabinieri Protection of Cultural Heritage division (TPC), Ambassador Lewis M. Eisenberg returned two extraordinary items belonging to Italian cultural heritage: a letter from Saint John Bosco to the Duchess Agnese Boncompagni Ludovisi, dated 30 July 1867, and a polychrome mosaic, dating back to the I-II century AD, depicting the face of a satyr.