Paraguay - A new presence of the Missionary Sisters of Charity 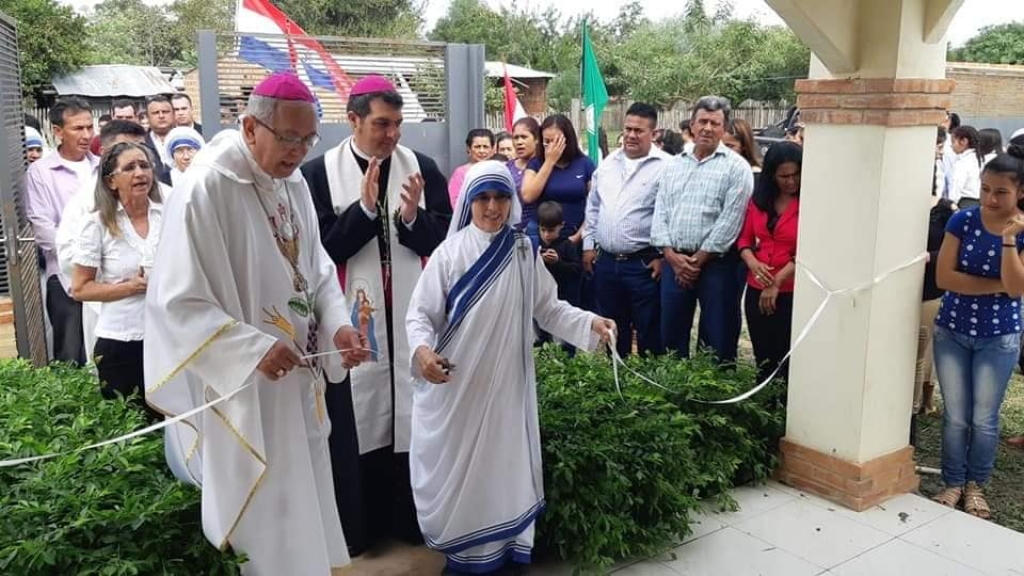 Fuerto Olimpo, Paraguay - July 2019 - On 17 July, a new presence was officially inaugurated by the Missionary Sisters of Charity of Mother Teresa of Calcutta in Toro Pampa, Fuerte Olimpo, Alto Paraguay, Apostolic Vicariate of Chaco Paraguayo. The ceremony took place before Msgr. Edmundo Valenzuela, SDB, archbishop of Asunción, Msgr. Gabriel Escobar, SDB, bishop of the Apostolic Vicariate of Chaco Paraguayo, civil and ecclesiastical authorities. A commemorative plaque was unveiled to those who made the construction of the "San Roque González de Santa Cruz" parish house possible, namely the Rector Major of the Salesians and "ACN International".