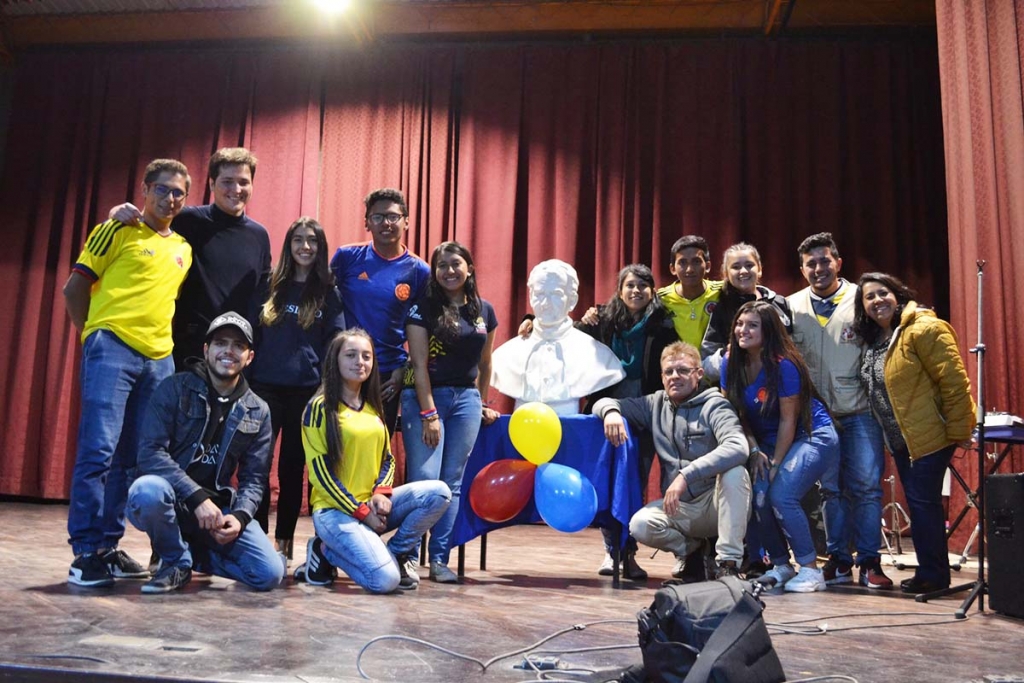 Ciudad Bolívar, Colombia - July 2019 - On July 20, at the “Juan Bosco Obrero Promotion and Formation Center”, the 43rd anniversary of the presence of the Salesian Youth Movement (SYM) was celebrated in Colombia. The event was attended by 100 young people and adults of various generations of the SYM, who have walked together with Salesians and Daughters of Mary Help of Christians during these years. Fr Jaime Morales, SDB, as a precursor and founder of the SYM in Colombia, was honored and thanked, along with Sr. Marta Díaz, FMA, and Fr Fernando Peraza, SDB, and a group of young people of that time. During the event the Symphonic Band "Juan Bosco Obrero" and a group of circus artists who also created a workshop with the participants performed. The food tastings created by the youngsters of the gastronomy program of the center were then presented and it was also possible to see the performance of the musician David Díaz, a past pupil of the Salesian Institute "León XIII".