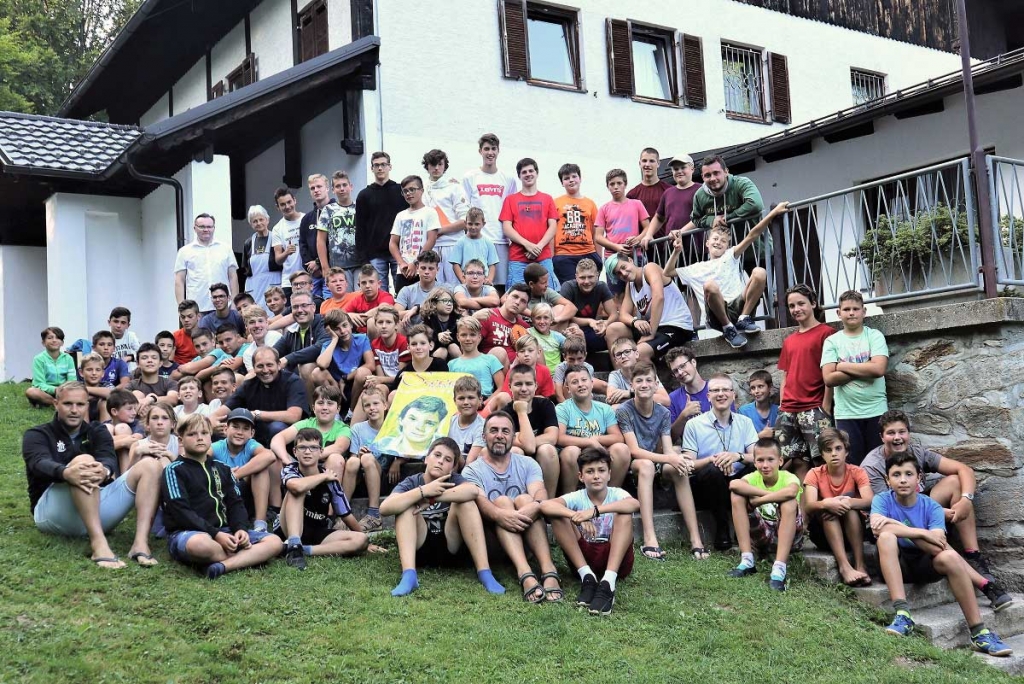 Pohorje (Maribor), Slovenia - August 2019 – Every summer, for the past 14 years, the Salesian Youth Ministry of the Province of Slovenia has been organizing a camp for altar boys at the "Dominikov dom" retreat center in Pohorje, on the hillside near Maribor. This year the camp took place from August 10th to 14th under the guidance of Gašper Otrin, a Salesian who has animated the program since its first editions, and of Klemen Balažič, Salesian, Delegate for vocations animation. Helping them were also several young Salesians and animators. More than 60 young people from the Salesian centers and from the diocesan parishes of Slovenia participated in the camp, as well as a group of altar boys from Podgorica, Montenegro. The children participated in games, trips, guided tours and moments of reflection on important issues such as fear in relationships between peers.