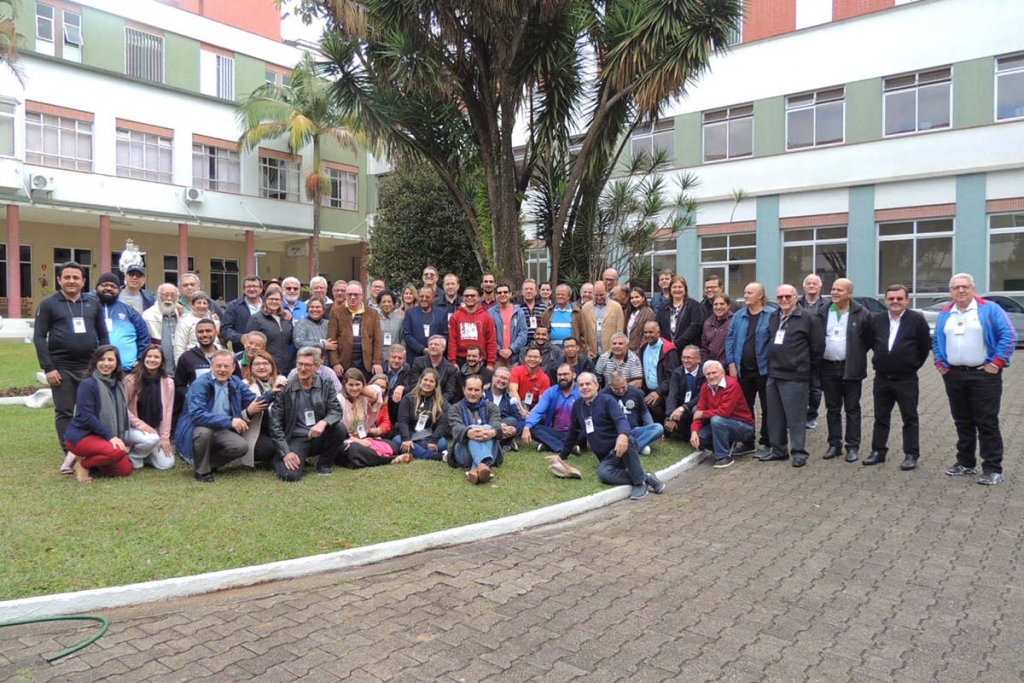 Sao Paulo, Brazil - August 2019 - The IX National Congress of the Don Bosco Past Pupils took place in Sao Paulo from 23 to 25 August; its theme: "Past Pupils Movement: its belonging to the Salesian Family and its inclusion in society", and with the motto "Behold, I make all things new." The objectives proposed by the event - being a moment of animation and formation, studying strategies of joint action with the Salesian Family, reviewing the formation and organization of Local Unions and planning the movement for the next 4 years - have been achieved. The presence of the Salesians, in particular of the Provincial Delegates of the Past Pupils, and of Fr Raphael Jayapalan, World Delegate for the Past Pupils, showed their support for the movement and allowed the participants to perceive their belonging to the Salesian Family. Also present was GEX Vice President, Eduardo Pessoa Cavalcante. During the congress the president and vice president of the National Council of Past Pupils of Brazil were elected, respectively Oswaldo Dalpiaz and Daniel Torres.