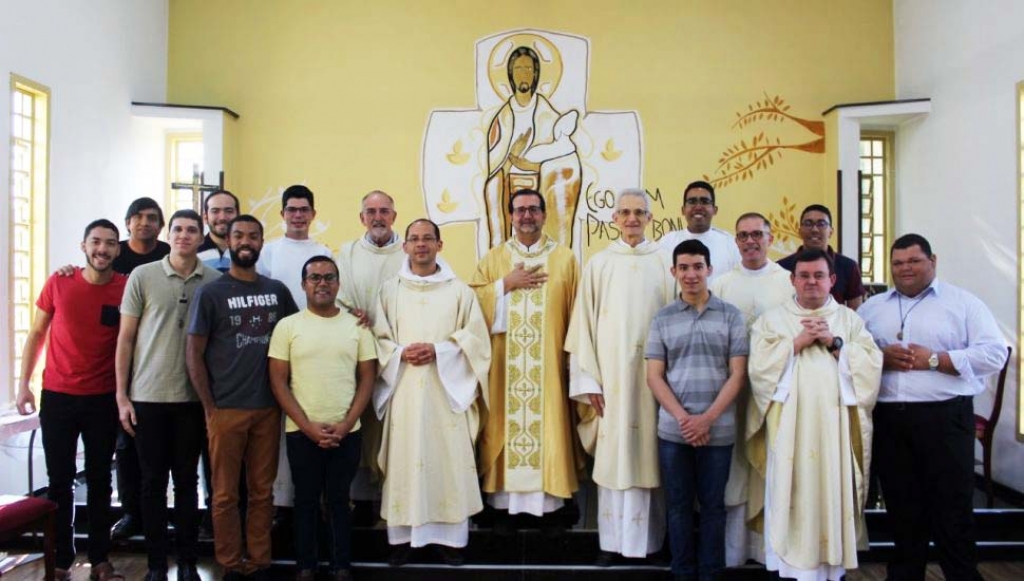 Curitiba, Brazil - August 2019 - On 31 August, the Curatorium of the Salesian Novitiate "Immaculate Conception" of Curitiba was held, led by Fr Natale Vitali, Councilor for the America South Cone Region, Fr Nivaldo Luiz Pessinatti, Provincial of Brazil-Recife ( BRE), Fr Justo Ernesto Piccinini, Provincial of Brazil-Sao Paulo (BSP), Fr Asidio Deretti, Provincial of Brazil-Porto Alegre (BPA), and his Vicar Fr Gilson Marcos da Silva, of the National Formation Commission. The meeting began with the students presenting their review of the respective formation phases, followed by meeting with the formators. At the end of the meeting, the religious community received the conclusions and guidelines of the Curatorium, which will be valid until next year.