Brazil - 100 years of "Our Lady Help of Christians" Institute 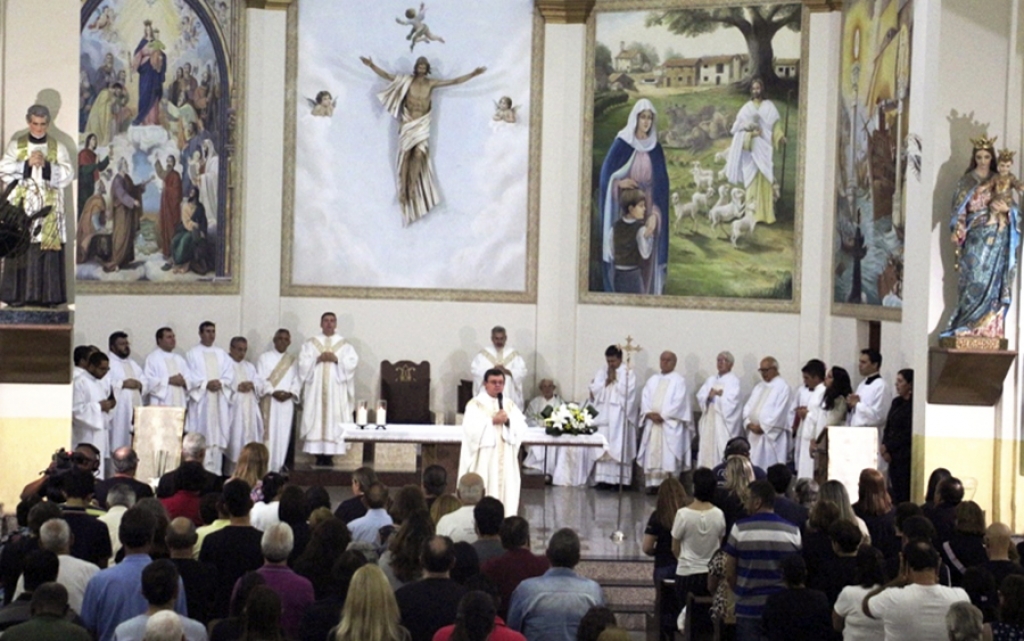 Cruzeiro, Brazil - August 2019 - On August 30, the "Nossa Senhora Auxiliadora" Institute of Cruzeiro, known as "INSA-Oratorio", celebrated 100 years of its existence. During the celebration, broadcast live on television from "Canção Nova", the blessing of Pope Francis was read, a commemorative plaque was unveiled and a new social space was opened for the school's students, and a new image of Mary Help of Christians displayed. All INSA students and collaborators later arranged themselves along the perimeter of the Salesian center, holding hands and symbolically embracing the institute, after which they recreated a figure on the “INSA 100” football field, of which a video was made.