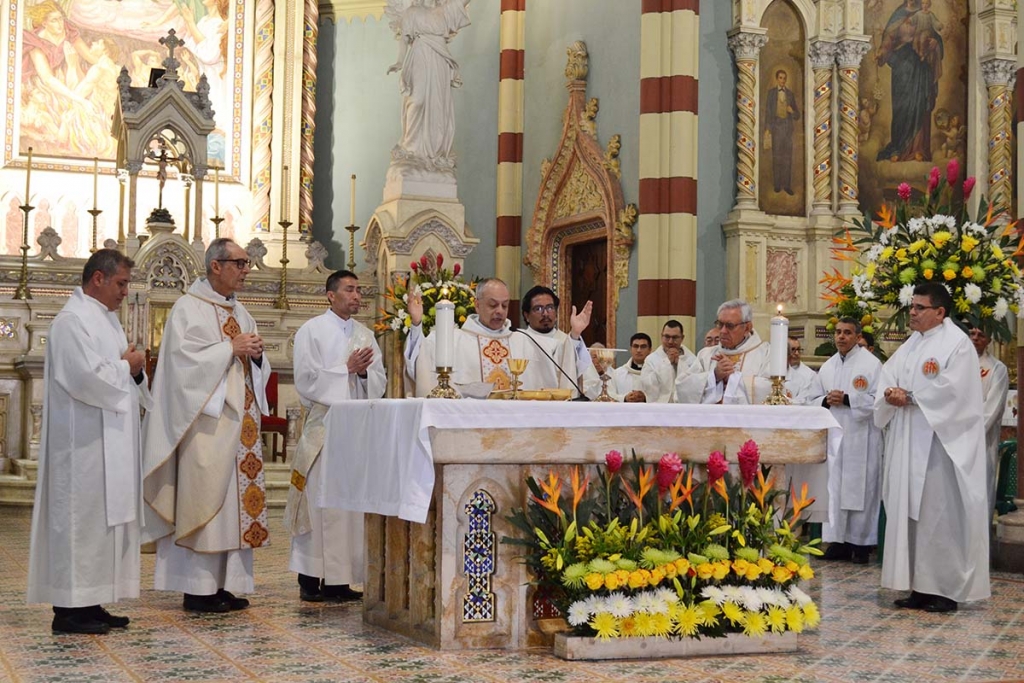 Bogotá, Colombia - September 2019 - On 7 September, at the Salesian College "León XIII", the Provincial Festival was celebrated, presided by Fr John Jairo Gómez Rúa, Superior of the Bogotá Province (COB), with the participation of a large number of Salesians, members of the Salesian Family groups and collaborators of the Provincial House. After the Eucharistic celebration presided by the Provincial, a cultural event was held for the children and young people of "León XIII", and homage was paid to the Salesians who celebrated the jubilee years and to some Salesian centers that celebrated their anniversaries.