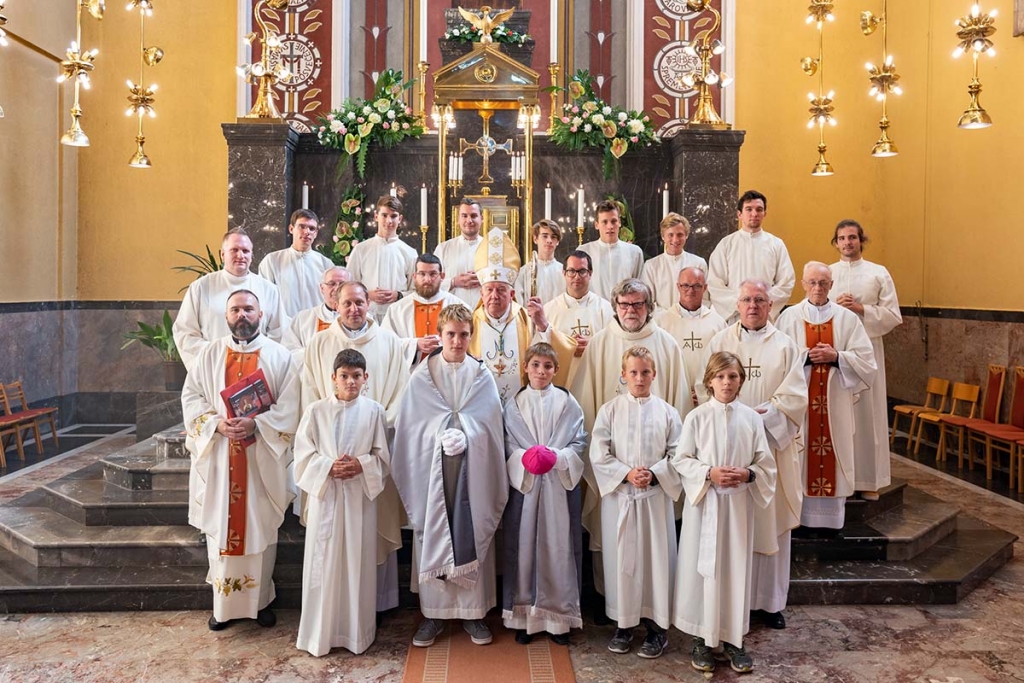 Ljubljana Kodeljevo, Slovenia - October 2019 - After the First World War the Salesians saw dozens of abandoned youths in the outskirts of the Slovenian capital, lost in the midst of abandoned military barracks. They thus decided to build the first youth center, after the large church dedicated to Saint Teresa of the Child Jesus, which later became a national sanctuary. Following WW2, everything was taken away from them by the communist regime, but the Salesians created a parish community that still lives fully. The week of celebrations for the centenary of Salesian presence in Ljubljana Kodeljevo culminated on 6 October with the Eucharistic celebration presided by the Archbishop of Belgrade, Msgr. Stanislav Hočevar, SDB. It saw a large participation of the faithful, choir and orchestra, ministers. In previous days, the book "One hundred years of Salesian presence in Kodeljevo" was presented, written by dr. Bogdan Kolar, SDB; the youth of the Youth Center prepared the show "Animatorio"; a new baptismal chapel was blessed in the church and the “Skala” center for street children, part of the Kodeljevo center, opened new spaces in the day center, a safe place for children and young people in difficulty.