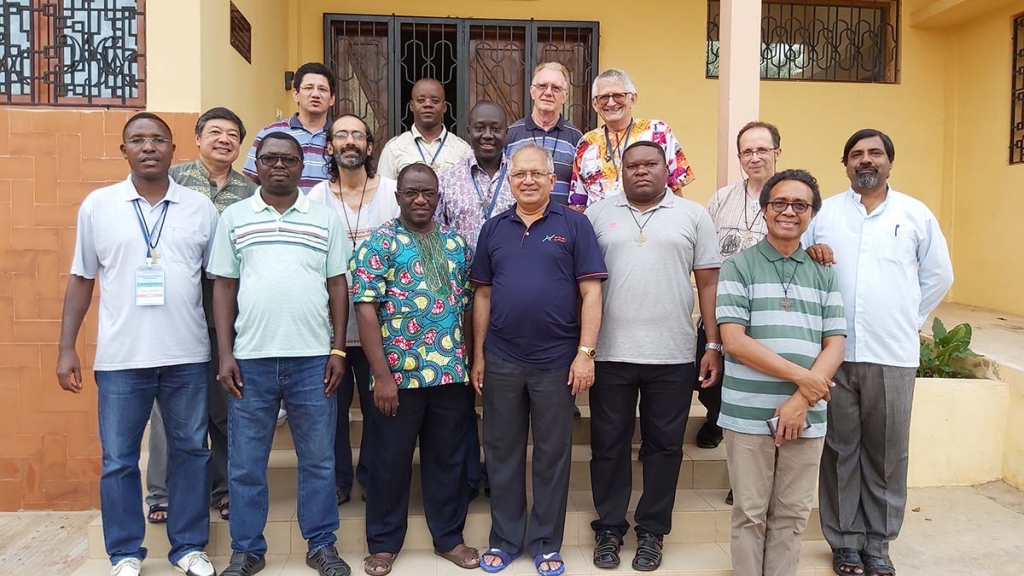 Dakar, Senegal - October 2019 - The Delegates for Formation of the Africa and Madagascar Region met in Dakar for a five-day meeting of the Regional Commission, with Fr Ivo Coelho, General Councilor for Formation, and members of the dicastery. The meeting, which ended on Saturday 5 October, focused on the region's current issues: new director's manual, guidelines and orientation on accompaniment, letter on internship, formation and sexual affective maturity in the African context. The challenging study, which had started in January on initial formation in the region, coordinated by the SAFCAM team - Nairobi permanent training center, was thus completed. There is a strong growth in the number of novices (over 20% more in the last five years compared to the previous period), with the need to rethink initial formation for the coming years in terms of formators, structures, costs. The sharing with the Salesian community in Dakar and their young people was deemed a success.