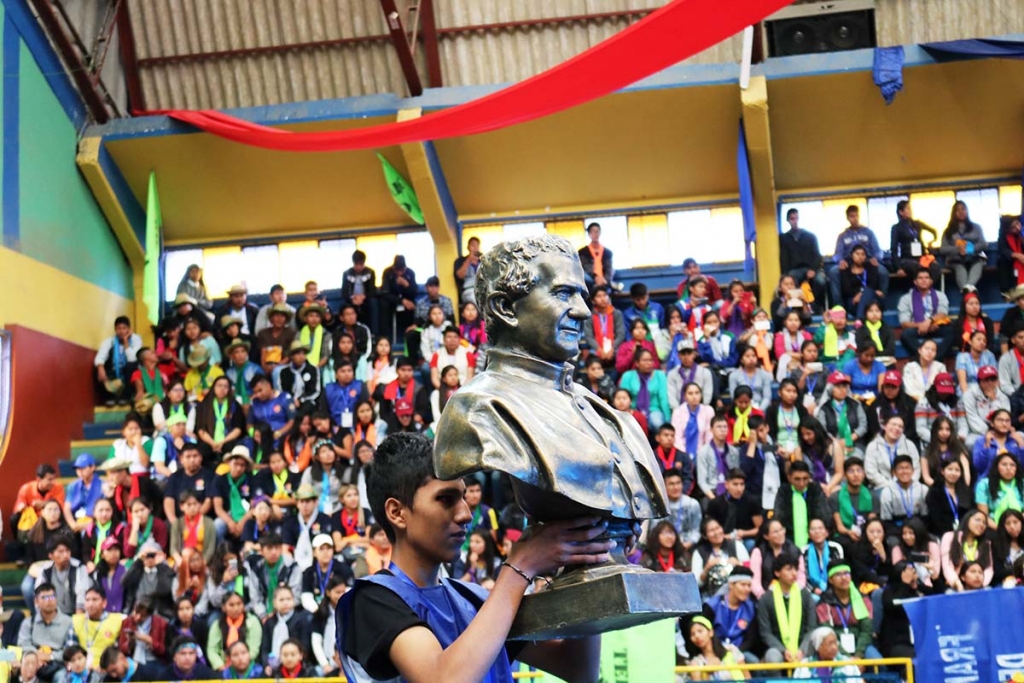 Cochabamba, Bolivia - October 2019 - Four years after the previous edition, a new edition of "Campo Bosco" took place at the "Don Bosco-Quintanilla" college. About 1,400 young people from various parts of the country attended. Inspired by the Rector Major's 2019 Strenna "Holiness for you, too", the event was organized with the aim of strengthening and living the values of Salesian youth spirituality in-depth and to transmitting with conviction the invitation to holiness in one's daily life so that the young may too be missionaries of hope and evangelizers among the young people themselves. Fr Iván Mamani, Delegate for Youth Ministry in the Salesian Province of Bolivia (BOL), emphasized that the feast on the theme of holiness was not celebrated only during the "Campo Bosco", but throughout the year, ever since the groups of young people began the preparation for the meeting, through subsidies, penitential celebrations, activities and periodical meetings.