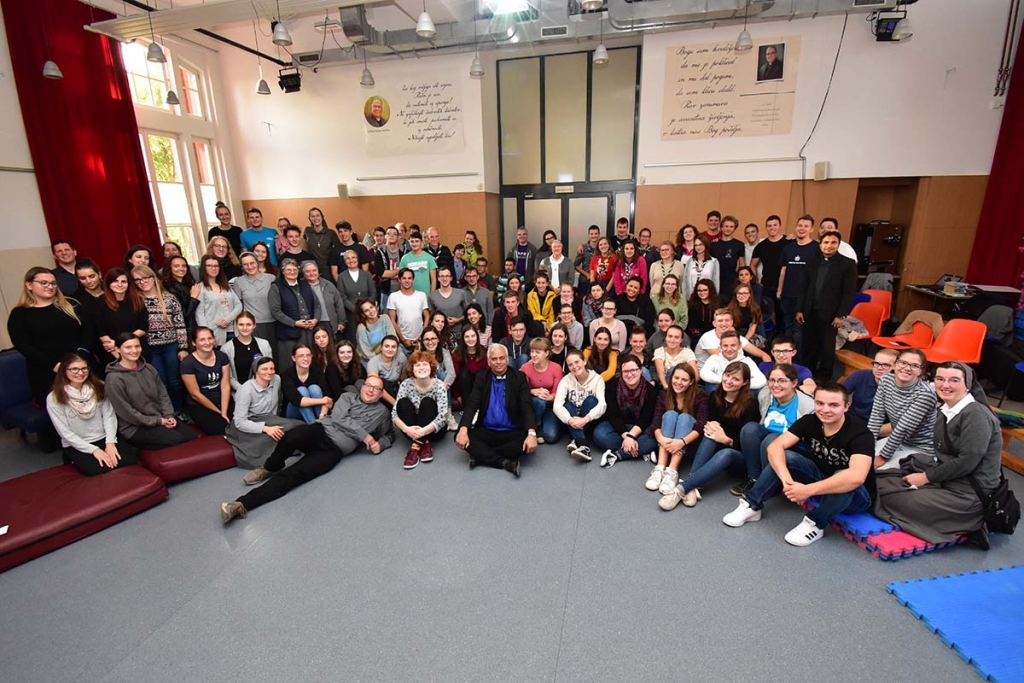 Ljubljana, Slovenia, October 2019 - On 12 October, the Salesian Youth Ministry organized a meeting for young members of the Salesian Youth Movement, the Salesian Family and representatives of Salesian works on the theme of the Extraordinary Missionary Month of October 2019, promoted by Pope Francis. During the meeting, which aimed to understand how to be
missionaries in their respective environments, it was observed that testimony is often reduced to an example of life, and that being "salt of the earth" is sometimes not so easy. The participants thus sought solutions by working as groups, but also received them from the engaging testimony of Fr Tom Uzhunnalil, the Indian Salesian missionary kidnapped in Yemen in March 2016 and released after 18 months, who was in Slovenia at this time. From Fr Uzhunnalil, the young people received a strong example and a clear message: even when he is put to the test, man always has God beside him, to support and encourage him; and the mission is possible, if it has its foundation in prayer and relies on the Lord Jesus.