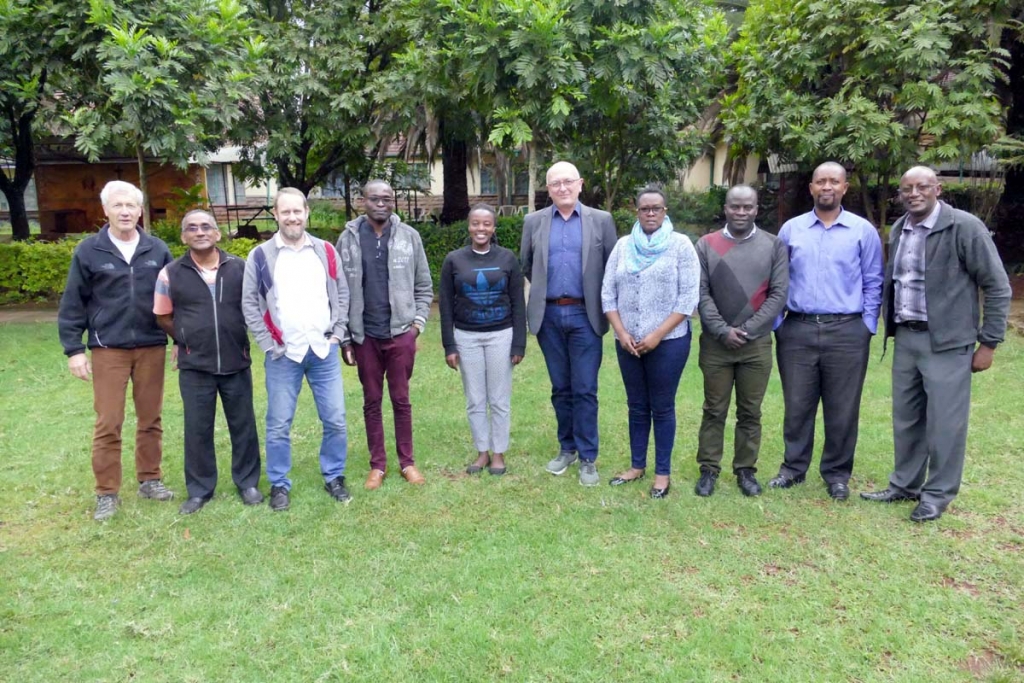 Nairobi, Kenya - October 2019 – On October 14, the Economer General of the Salesian Congregation, Salesian Brother Jean Paul Muller, led a meeting with the management and staff of the "Don Bosco Tech Africa" (DBTA). Br Muller affirmed that the cooperation between the various Provinces and Vice Provinces of the Africa Madagascar Region has allowed the various countries to progress in the development of education in the Technical-Vocational Educational Training centers (TVET), offering greater opportunities to young people. He also valued and appreciated the skills development initiatives undertaken so far by the DBTA, in collaboration with the various benefactors, and hopes they will allow the TVET centers to be increasingly professional and selfsustainable in the future. He also spoke of the need to focus on new areas of intervention, such as agriculture, the integration of Information and Communication Technologies in the TVET sector, and the ongoing education of instructors. Finally, the Economer General stated that whatever the Salesians do has a "butterfly effect"; in this case, what the DBTA does indeed produce effects in people's lives and on the continent as a whole. He encouraged the DBTA team to continue their in their fine work.