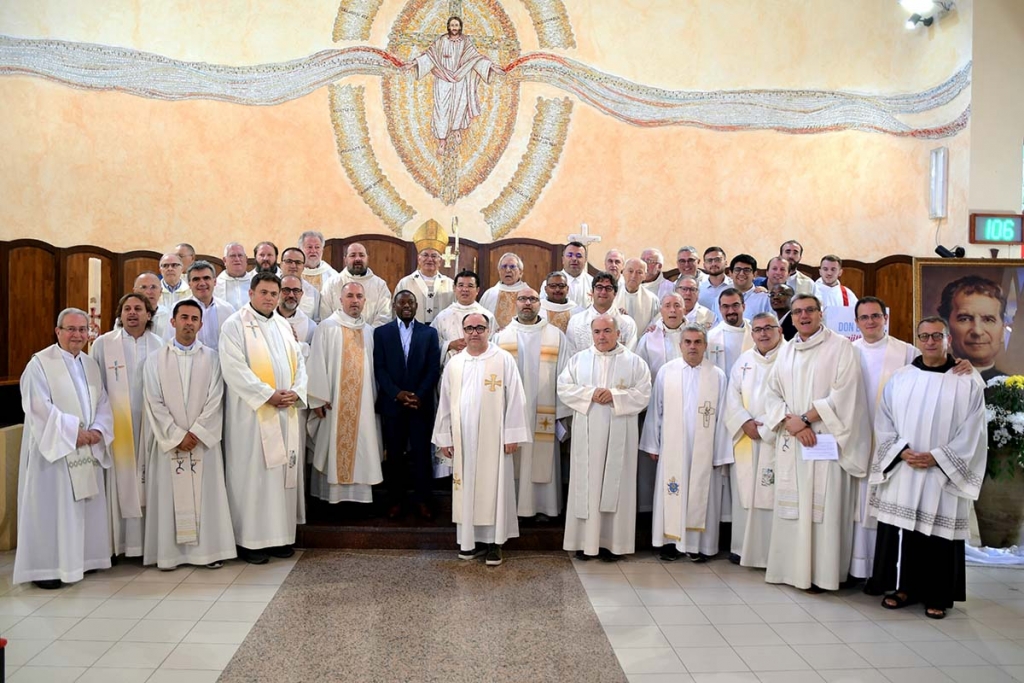 Scutari, Albania - October 2019 - On October 20, World Missionary Day, Nyika Don, a Salesian from Zambia, made his Perpetual Profession in the Salesian community of Scutari, having been sent as a missionary to Albania and Kosovo by the Rector Major in the Salesian Mission Expedition in 2015. The celebration was presided by Msgr. Angelo Massafra, archbishop of the Diocese of Scutari-Pult, in the presence of Fr Angelo Santorsola, Provincial of Southern Italy-Albania-Kosovo and Zurich (IME). The event was also attended by all Directors and Provincial Councilors of the EMI, already in Albania for a week of formation and discussion. The presence of the youth of the Oratory Youth Center in Shkodra was deemed beautiful and lively, joined too by many young people of the oratories in Tirana, Gjilan and Pristina (Kosovo).