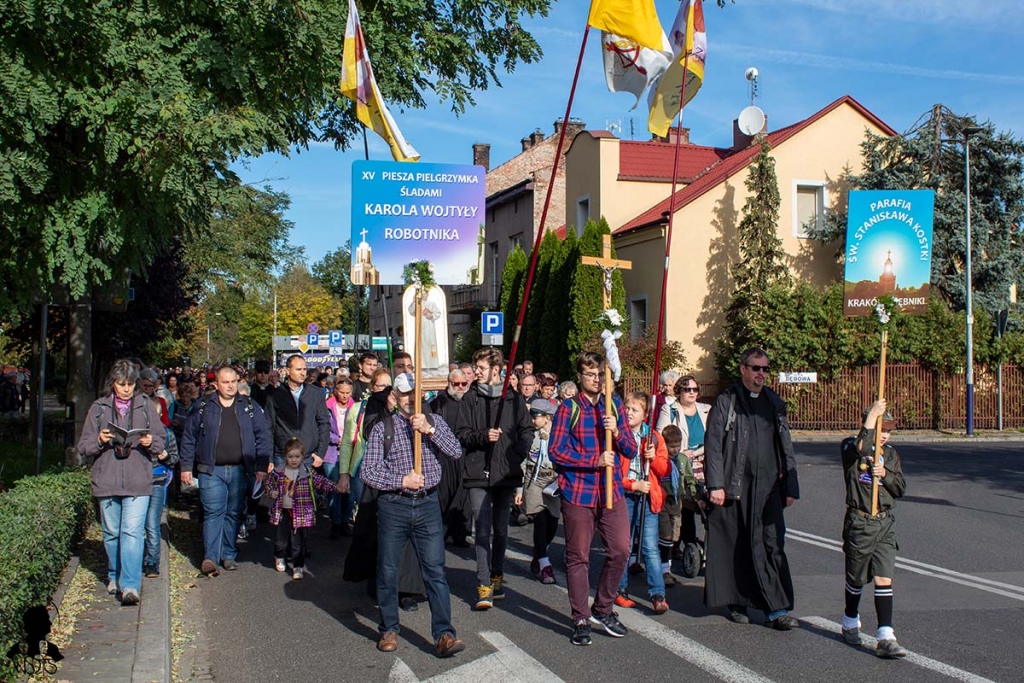 Krakow, Poland - October 2018 - On the 12th of October, the XV edition of the Pilgrimage in the footsteps of Karol Wojtyła took place, attended by hundreds of pilgrims from the Salesian parish of St Stanislaus Kostka, in Krakow-Dębniki, and from other parishes, accompanied by their pastors. The pilgrims retraced the journey that Karol Wojtyła made when, during the Second World War, he went from Dębniki to the "Solvay" factory where he worked (1940-1944) first as a worker in the stone quarry of Zakrzówek, and then at a water purification plant. The pilgrimage ended with Mass, presided over by Fr Adam Paszek, Director of the Salesian Theologate in Krakow. This year's edition had a special value, as it coincided with the centenary celebrations for the birth of St. John Paul II (18 May 1920).