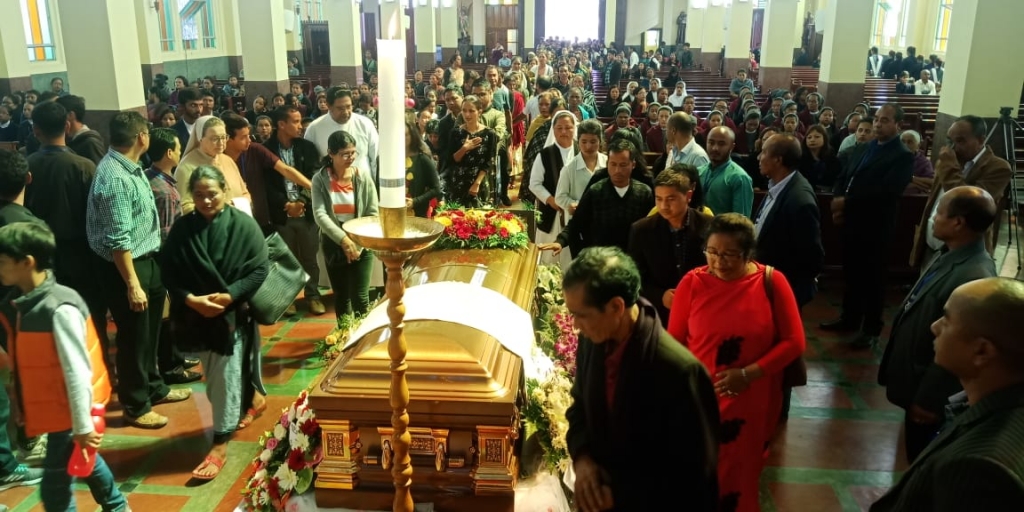 Shillong, India - October 23, 2019 - Nearly 100,000 people from across northeastern India, particularly from the State of Meghalaya, participated at the state funeral of Archbishop Dominic Jala, a Salesian, in Shillong. The Archbishop of Guwahati, Msgr. John Moolachria, President of the Commission of Bishops of North-Eastern India, presided over Mass in the Cathedral of Mary Help of Christians, Laitumkhrah, which was also concelebrated by 15 other prelates. Msgr. Jala, 68, died in a car accident in California on 11 October. His mortal remains arrived in Shillong on 20 October. After mass, Msgr. Jala was deposed in a tomb near the Cathedral and the archdiocese handed over a crucifix to Msgr. Jala's family.