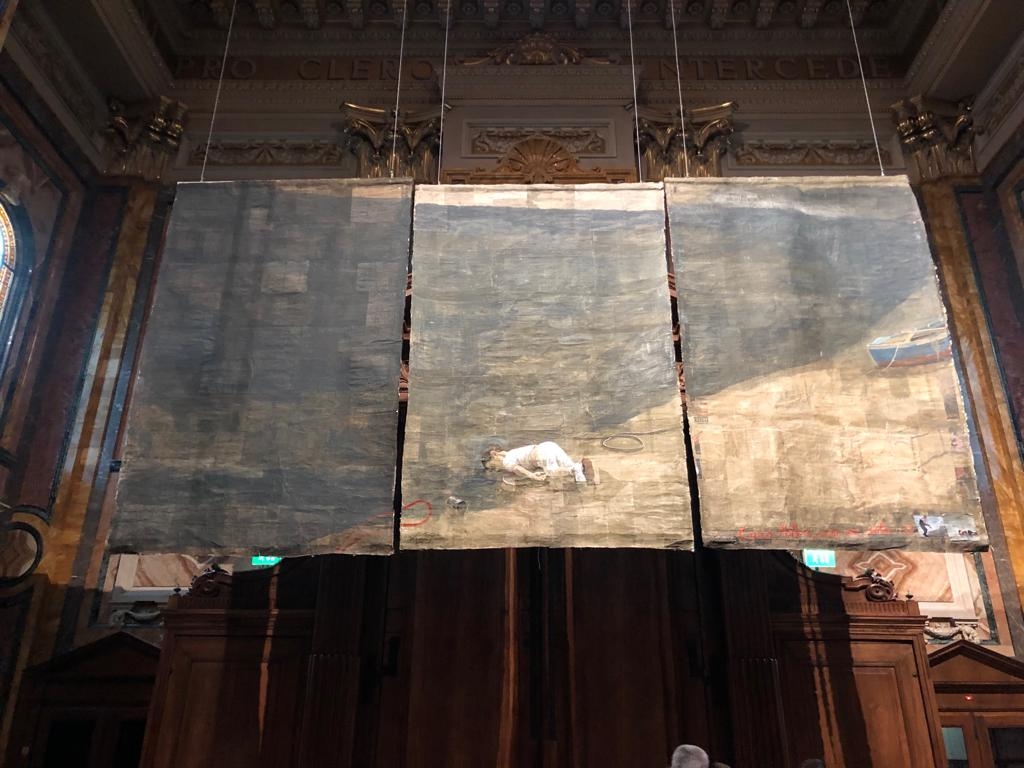 Turin, Italy - October 24, 2019 - Yesterday evening, at Valdocco, the exhibition “Exodus” was inaugurated featuring the artist Safet Zec who deals with the drama of the exodus through figurative themes. It recalls the biblical dimension of a phenomenon which involves thousands of human lives every day. In this way, the artist invites the viewer to reflect on the suffering and trauma that migrants live. The inauguration was attended by Enzo Bianchi, from the Bose community, and Fr Francesco Cereda, Vicar of the Rector Major. The exhibition, also supported by "Missioni Don Bosco", will be open to the public every day until December 20th.