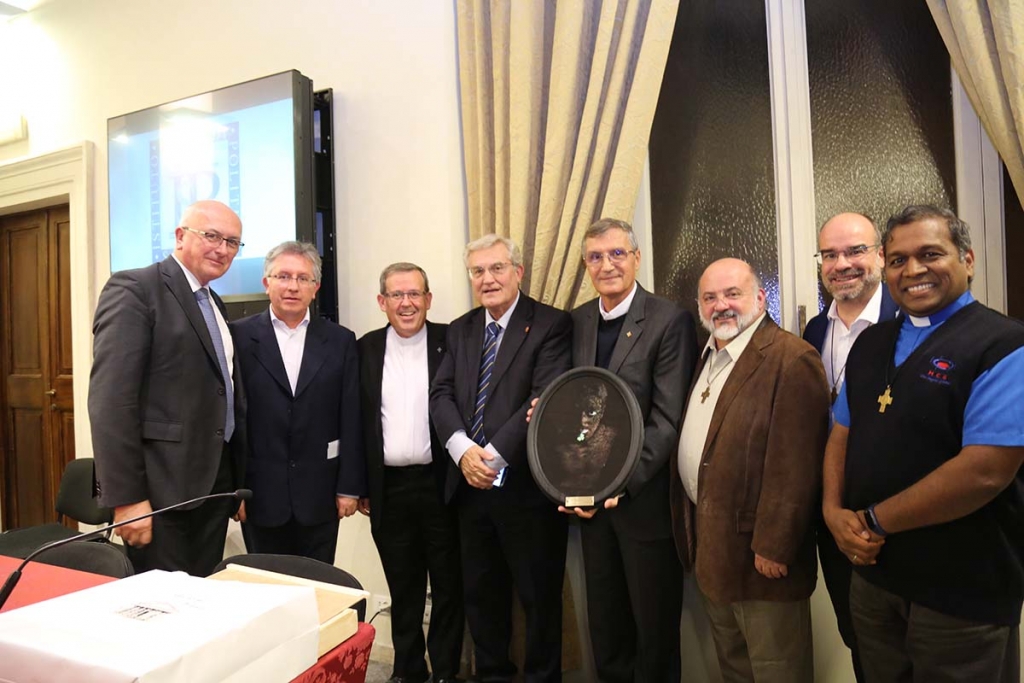 Rome, Italy - October 2019 - As part of the XI Edition of the “Maria Rita Saulle National Award”, the Institute of Political Studies “San Pio V” awarded a special prize to Fr Jorge Crisafulli, SDB, for his work among young people and, especially, for the work and support to girls and teenagers rescued from prostitution in the city of Freetown, Sierra Leone. The award was given on October 28 by Dr Giuseppe Acocella, emeritus professor of the Federico II University of Naples, in the presence of Fr Fabio Attard, General Councilor for Youth Ministry, with all the members of his Dicastery; the Salesian brother Jean Paul Muller, General Economer of the Salesian Congregation; Salesian brother José Luis Muñoz, director of ANS, and the laity who work in the "DON BOSCO NEL MONDO Foundation" of the Salesian Headquarters in Rome.