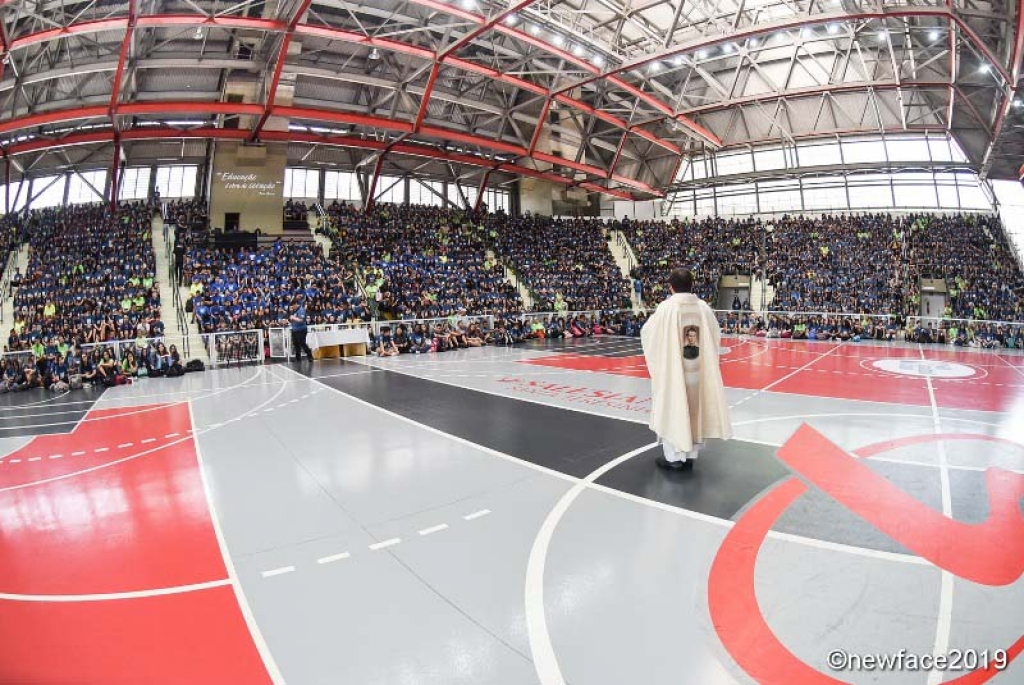 São Paulo, Brazil - October 2019 - The Salesian Youth Ministry of the São Paulo Province (BSP) organized, at the Salesian College "Santa Teresinha", the youth event called "FEST 2019" on the theme of the Rector Major's 2019 Strenna: "Holiness for you, too." The meeting was attended by more than 4,000 young people from the Salesians and the Daughters of Mary Help of Christians. Fr Justo Ernesto Piccinini, BSP Provincial, presided over the opening Eucharistic celebration; in the homily, he underlined: "Believe me, dear young people, you are the sense of the existence of our consecration as Salesians (male and female)." Sister Helena Gesser, Provincial of the FMA and Sr. Alaide Deretti, General Councilor for the Missions of the FMA, intervened bringing a message to the young on holiness. In the afternoon, sports activities, electronic games, dance and theater shows and the competition of musical bands were held. The day ended with another moment of spirituality, with the vigil and the adoration of the Blessed Sacrament.