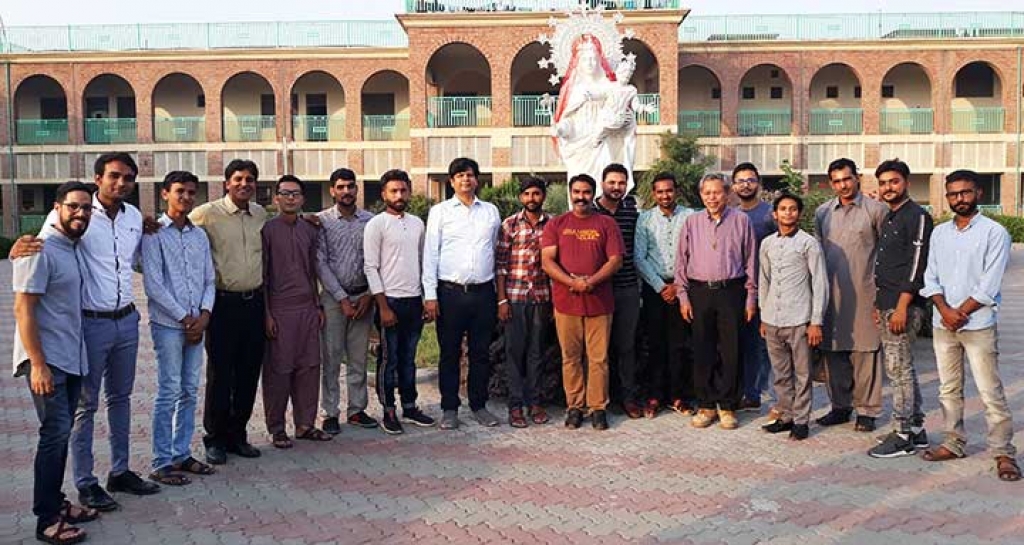 Lahore, Pakistan - October 2019 - After three consecutive monthly meetings convened by the Salesian community in Lahore, the Past Pupils' Association of Don Bosco was launched for the first time in Pakistan on 26 October. Their Delegate, Salesian Brother Alex Abelgas, facilitated meetings with sharing, formation and finally with the official election of the first Don Bosco Past Pupils Center in Lahore, which consists of 16 members. After watching some videos on the experiences of the Past Pupils in Laos and Mongolia, the leaders of the first local union were elected.