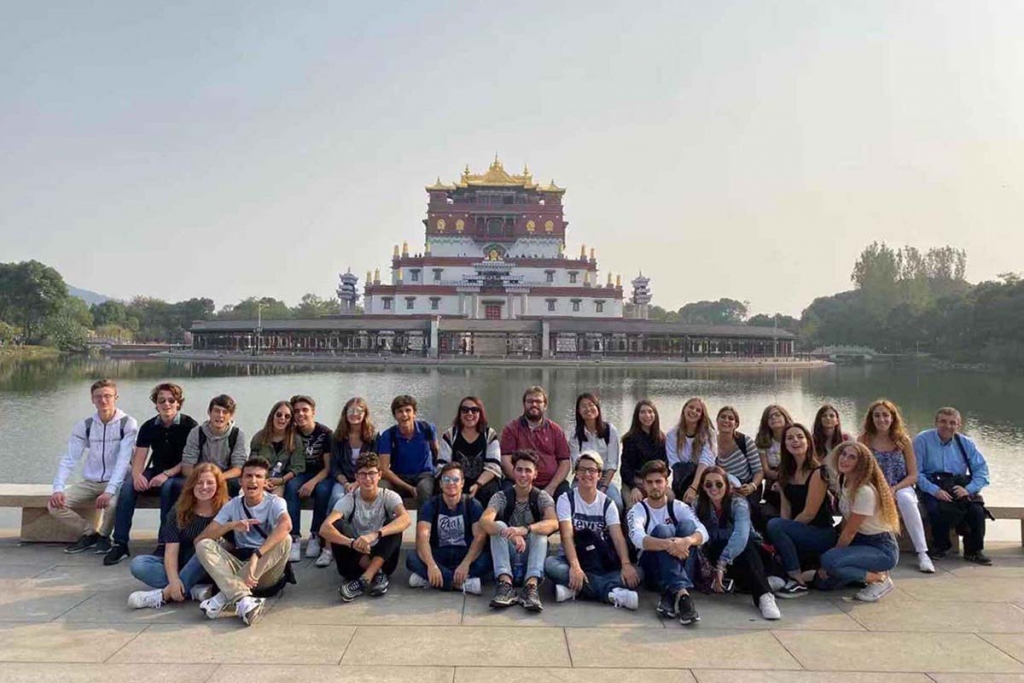 China - October 2019 - The twinning experience that brought 22 young students from Salesian schools in Sicily, "Don Bosco - Ranchibile" from Palermo and "St Frances de Sales" from Catania, China, accompanied by the two pastoral animators, Fr Arnaldo Riggi, SDB, and Fr Paolo Fichera, SDB, and by Professor Cinzia Pennino. It was two weeks, from 8 to 23 October, filled with an enriching experience, between the cities of the Chinese province of Jiangsu and Shanghai. In the first week, the students lived in Chinese families of students of the "Middle High School" in Haimen, who had joined the intercultural exchange. The students were thus able to live the daily life of the Chinese family and their peers, appreciating their cultural differences, and above all, they were able to experience genuine affection and hospitality. Students spent the second week among the most important cities of the province, admiring their cultural and landscape beauties.