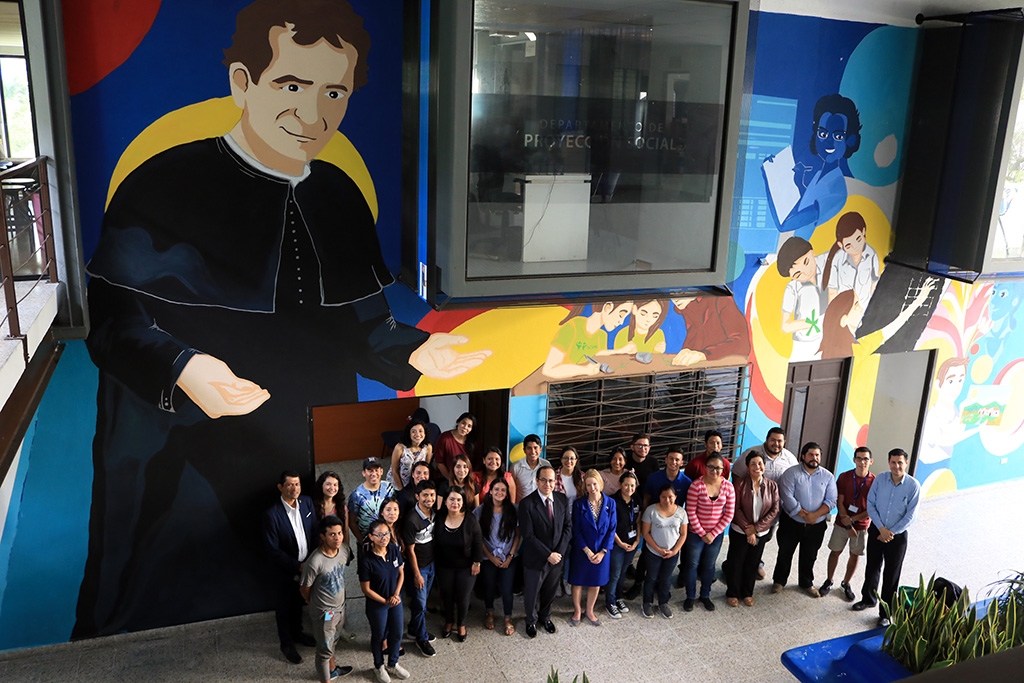 Soyapango, El Salvador - November 2019 - The authorities of the Don Bosco University (UDB) and the United States Embassy in El Salvador inaugurated the mural entitled "Educating hand in hand with Don Bosco", a work of art that reflects the impact of Don Bosco and his work in the lives of young people. The design, management and execution of the mural are the result of bonds of friendship that unite the UDB with the people of the United States of America, through the embassy and its "American Spaces" project. The illustration was prepared by Lisbeth Martínez, a fourth-year student of Graphic Design, with the collaboration of the institutional designers of the UDB, José Erazo and Verónica León. In the preparation for the mural, 45 UDB students participated, with the support of Verónica Vásquez, coordinator of "American Spaces", and David Cerritos, of the Energy Research Institute (UDB). The mural was created by the artist Mario González. At the inauguration, General Secretary Xiomara Martínez recalled Fr Salvador Caferelli, one of the founders of the UDB who died last April 15th, who had the strong desire that the university have a mural of Don Bosco.