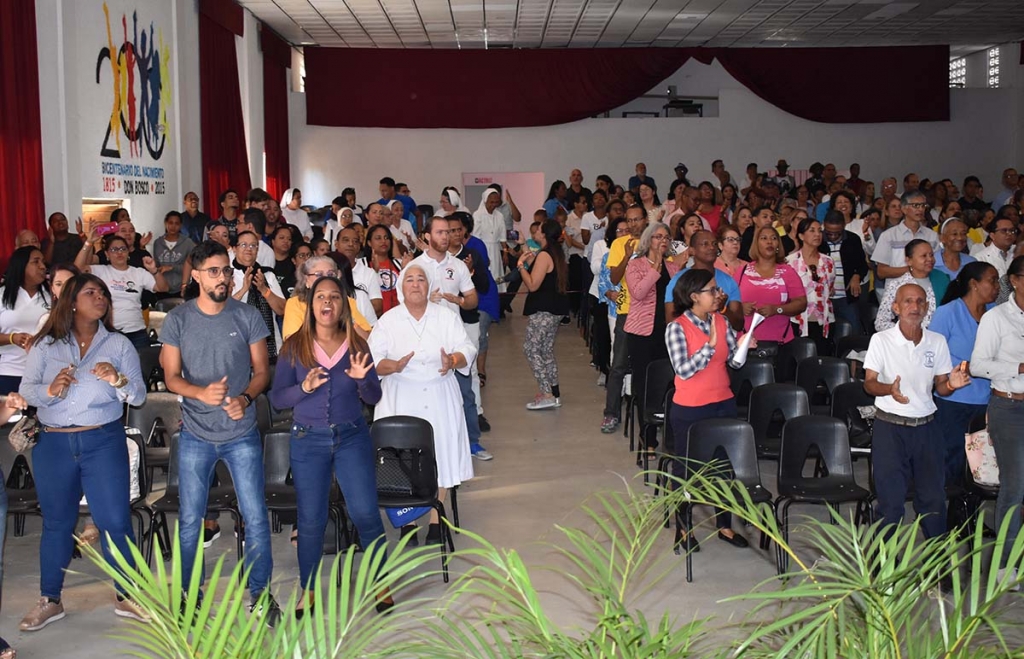 Jarabacoa, Dominican Republic - November 2019 - On November 4, the National Council of the Salesian Family organized the annual meeting of the Salesian Family at the Don Bosco Oratory in Jarabacoa, where the various groups met to share their respective paths and fraternize. The event was held on the theme "Good Christians and Upright Citizens", inspired by the Rector Major's Strenna. Fr Francisco Batista, Provincial of the Antilles Province (ANT), underlined the importance of holding this type of meetings in order to strengthen the ties between the members of the various groups. The ADMA's 150th anniversary was also celebrated during the day.